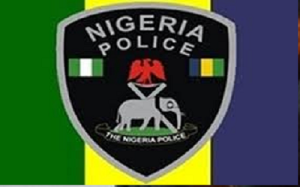 02 August 2017, Lafia – The Nasarawa State Police Command has arrested three staff of the state Ministry of Water Resources and Rural Development, in connection with the theft of a 250 KVA generator.

The command’s spokesman, DSP Kennedy Idirisu, confirmed the arrest to the News Agency of Nigeria on Wednesday in Lafia.

Idirisu said that the suspects were arrested on Tuesday, following a report of the disappearance of the generator from Deddere Water Works in Obi Local Government Area of the state on Sunday.

He said that preliminary investigation implicated the supervisor of the water project and two other staff of the ministry working at Deddere water works.

“The suspects have been moved from the Obi Police Division to the state Criminal Investigation and Intelligence Department (CIID) for further interrogation. We aim to recover the missing power plant.

The state Commissioner for Water Resources and Rural Development, Dr Abdulkarim Kana, had on Tuesday told journalists that the newly installed power plant at the water works was stolen.