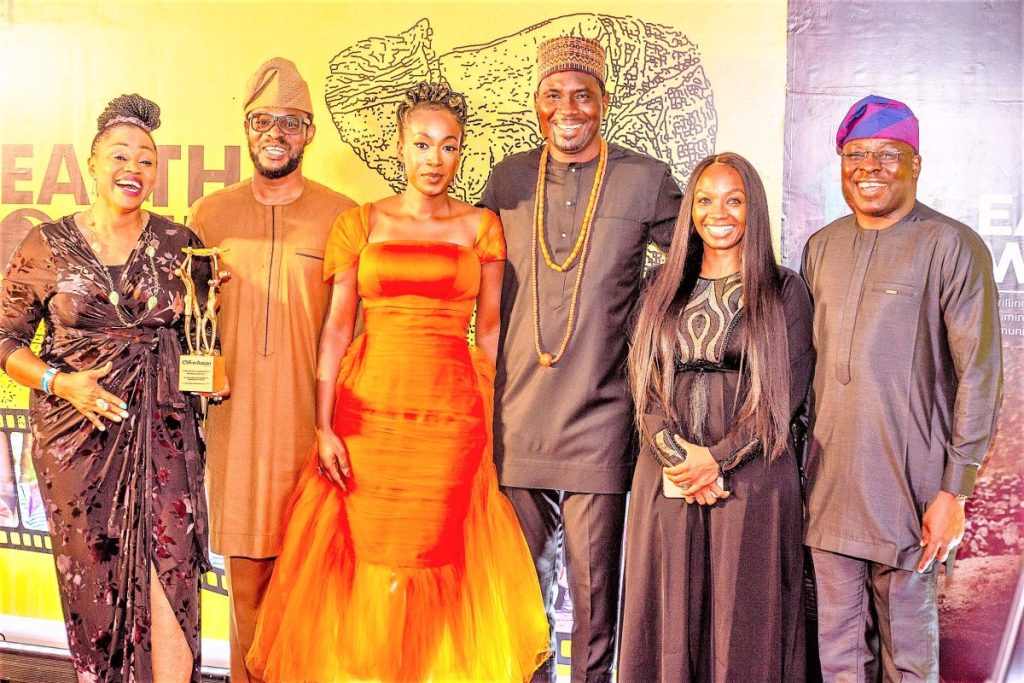 Lagos — Leading telecommunications infrastructure company, IHS, and international Oil & Gas giant, TotalEnergies, are amongst the winners as silent heroes of social justice across Africa were honoured at the third Community and Human Rights (CAHR) Awards, which was held recently in Lagos.

The CAHR Awards, which honours individuals and organisations contributing selflessly to community development and inclusion in Africa, is an initiative of CSR-in-Action Advocacy, the development-focused arm of the CSR-in-Action Group, renowned sustainability consulting, training and advocacy outfit in Africa.

“CAHR is the result of our quest to recognise those quietly pursuing the development of the society through their immense contributions towards peace, justice and human rights,” said Olowola.

“We want to use this initiative to show that people in Africa and of African descent care about the continent and are doing great things for Africa,” she added.

At the end of a night of glitz and glamour, Professor Patricia O. Donli won the Mallam Aminu Kano Award for Leadership, for her role in leading her team to support over 5,000 female IDPs amongst others, whilst Nkatha Mugao from Kenya was awarded the Apostle Hayford Alile Humanitarian Award for her work in reaching out to more than 300 families affected by clashes, violence, and poverty in Kenya, and supporting more than 1,200 women-led families.

Uche Kenneth Udekwe, the founder of Natal Cares, a social enterprise that leverages the power of technology and innovation to combat maternal and infant mortality in Nigeria, won the Hajiya Gambo Sawaba Community Impact Award (Individual Category) while the Corporate Category went to IHS Nigeria Limited for its sustainable innovations.

TotalEnergies Marketing Nigeria Plc, which has reduced its emissions by 1,989 tonnes (the equivalent of planting 88,009 trees) through its solar service stations, won the Ken Saro-Wiwa Environmental Management Award whilst Mauritian-based Djemillah Mourade-Peerbux won the Funmilayo Ransome-Kuti Human Rights Award (Individual) for her work in supporting sexual violence and assault victims.

The corporate category of the Funmilayo Ransome-Kuti Human Rights Award went to Zimbabwe Peace Project, an organisation working towards sustainable peace. PIND Foundation won the MKO Abiola Community Engagement Award for promoting peace and equitable economic growth in Nigeria’s Niger Delta region while the Josephine Nkedilim Equal Rights Award was given to Amnesty International for campaigning for a world where human rights are enjoyed by all.

“CAHR Awards provides the platform to outstanding and deserving organisations and individuals who have contributed to the rights of communities across Africa” said Tokunbo George Taylor, Managing Director, Hill+Knowlton Strategies Nigeria and a CAHR Awards juror for three years.

Taylor noted that the CAHR Awards has grown, from seven award categories in its first year to nine in the third.

According to Kenyan-based Nkatha Mugao, who won the Apostle Hayford Alile Humanitarian Award, her recognition by CAHR Awards means that her work is not just limited to Kenya but has been noticed internationally.

“Being here shows that the world feels the impact of the work that we do,” said Mugao, whose work has helped children who have been through kidnappings and trophy kids who have been abused and neglected.