Port Harcourt — TotalEnergies has announced that it generated an adjusted net income of $9.8billion in the second quarter of 2022, as well as IFRS net income of $5.7billion.

The company also announced a share buyback programme of $2 billion for the current quarter and 2022 second interim dividend of €0.69 per share. 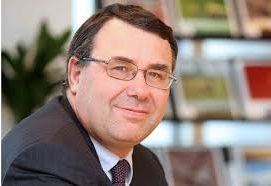 The French’s energy giant in its financial statements for the second quarter of 2022 under the chairmanship of CEO Patrick Pouyanné, said TotalEnergies has increased its energy output, thus contributing to energy security, as Russia’s invasion of Ukraine continued to impact energy markets.

The company added that LNG sales rose to more than 25Mt in the first half, with 60percent in Europe, and TotalEnergies’ refineries raised their utilization rate to nearly 90percent.

“TotalEnergies recorded in its accounts a new $3.5 bilion impaiment charge related mainly to the potential impact of international sanctions on the value of its Novatek stake. Excluding Russia, adjusted net income was $9.1
billion.

“Exploration & Production posted adjusted net operating income of $4.7 billion and cash flow of $7.4 billion, despite a decrease in production in the quarter that was due to planned maintenance and security-related cuts in Nigeria and Libya.

“Supported by these results, the Board of Directors approved the distribution of the 2022 second interim dividend in the amount of €0.69/share, up 5% year-on-year, and authorized the Company to continue share buybacks of up to $2 billion in the third quarter.”

The company also announced three major investments in LNG, renewables and hydrogen, adding that it has also approved the launch of projects, such as Ballymore in the U.S., Begonia, CLOV Phase 3 in Angola, as well as Eldfisk North in Norway.

“In line with the priority set by the Board of Directors to accelerate the Company’s transformation, TotalEnergies announced three major investments: the giant NFE LNG project in Qatar Clearway, the fith largest U.S. player in renewable energy, and a massive green hydrogen production project in India in partnership with Adani.”