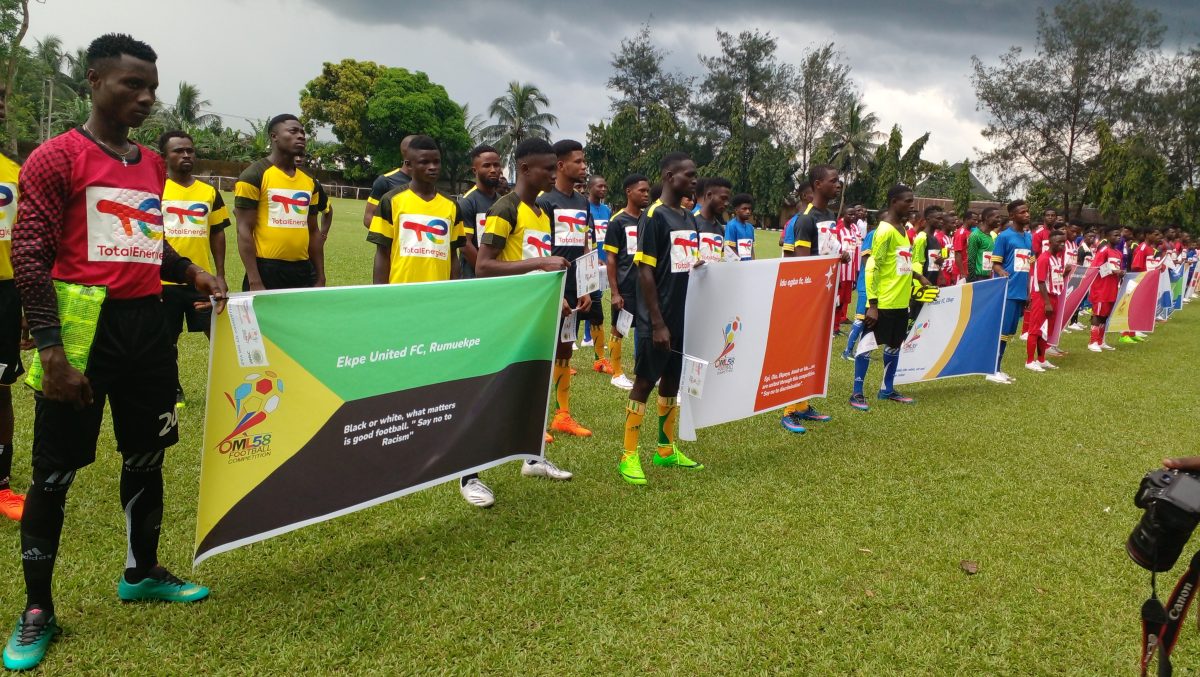 OML58 which is operated by the French multinational, is being hosted by several communities cutting across Emuoha, Ahoada-East, Ahoada-West, and Ogba/Egbema/Ndoni Local Government Areas of Rivers State.

Dulout represented at the event by the Acting General Manager, Community Affairs, Projects & Development, Mr. Henry Ehuike said the football competition was in the spirit of the company’s corporate social responsibility.

He emphasised on the need for peace in the area in order for the communities to enjoy dividends of hosting the oil firm, explaining that the competition did not hold in 2020 because of COVID19.

“The essence of this gathering is to encourage all of us to come together in unity and peace, in order to ensure that you gain from all what TotalEnergies is doing for our host communities.

“All we need is peace, because where there is peace, there will be development. So we are begging everyone here as our partners, let us all work together, so that you can enjoy the dividends of TotalEnergies operating your community.”

Also speaking, the Chairman Technical Committee of the tournament, Mr. Okirie Konye, expressed optimism that the football players in the competition will emerge as national and international football stars.

Konye also disclosed that the tournament has been a way of fostering peace, explaining that the 2015 edition was played during the peak of crises in the area, but the competition was able to halt the crises at it was a hitch free.

“It is one of our hopes that the players from this edition and subsequent ones, national and international football stars will emerge from OML58 football competition.

“This is because a lot of modalities have been put in place, such as scout, media coverage and training of coaches by the Football Coaches Association of Nigeria.”

The opening ceremony of the competition ended with a win for Erema community, who trashed Oboburu community with two goals against one goal from the later. The competition will end with a final match on the 4th of December 2021.