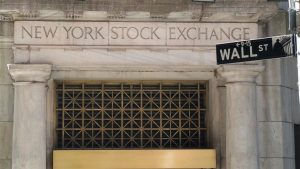 New York — Stocks across the world hit their lowest in seven weeks and other risk assets sold off on Monday on concerns over renewed lockdown measures in Europe and Britain, as well as the United States’ inability to agree on fiscal stimulus that would support millions of unemployed.

Oil prices fell nearly 5%, the dollar rallied and an index of emerging market currencies fell by the most in six months. The MSCI world equity index, which tracks shares in 49 countries, touched its lowest since Aug. 3.

Britain is considering a second national lockdown as new cases rise by at least 6,000 per day while Denmark, Greece and Spain have introduced new restrictions on activity. Germany’s health minister said rising new infections in countries like France, Austria and the Netherlands are worrying.

Adding to the market’s nervousness, the U.S. presidential campaign was upended late Friday after U.S. Supreme Court Justice and liberal icon Ruth Bader Ginsburg died. President Donald Trump said he would announce his candidate to replace her, which needs Senate confirmation, by the end of this week.

“It just kind of crowds out the agenda, the idea that we are going to get a fiscal stimulus package before the election,” said Ed Campbell, portfolio manager and managing director at QMA in Newark, New Jersey.

“There is also just general election related jitters … and possibly that we have a contested or delayed outcome.”

The U.S. will hold presidential elections on Nov. 3.

Japan has public holidays on Monday and Tuesday this week, meaning volumes are expected to be thin in Asian trading.

The dollar rose on Monday after two weeks of declines as investors sought safer currencies.

“An unrelenting rise in coronavirus cases globally is weighing on sentiment at the start of the trading week as investors increasingly question their rosy predictions about the recovery,” said Raffi Boyadjian, senior investment analyst at online broker XM.

Seven members of the Fed will speak this week, including Chairman Jerome Powell appearing before congressional committees, and investors will be looking for hints to determine the dollar’s direction.

“We’re looking for a much softer market,” said Gary Cunningham, director of market research at Tradition Energy in Stamford, Connecticut. “The economic picture doesn’t look as rosy as it did before.”