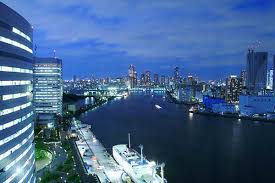 According to a joint statement, LNG as ship fuel is expected to serve as an alternative to heavy fuel oil, able to comply with the tighter global cap on sulphur emissions from international shipping due to go into effect in 2020.

It is even forecast that about one-fourth of the world’s ship fuel use will be switched over to LNG by 2030, producing a global rise in the demand for LNG fuel.

At the same time, inadequate LNG bunkering infrastructure is among the reasons that Japan and the rest of Asia lag far behind such leading regions as Europe and the US in widely adopting LNG as marine fuel, the joint statement reads.

Aiming to turn the Tokyo Bay into an LNG bunkering hub,  the three companies will jointly study the commercial feasibility of Ship-To-Ship LNG bunkering services using LNG bunkering vessels all the while remaining open to possible participation in such a business venture by LNG-related companies.