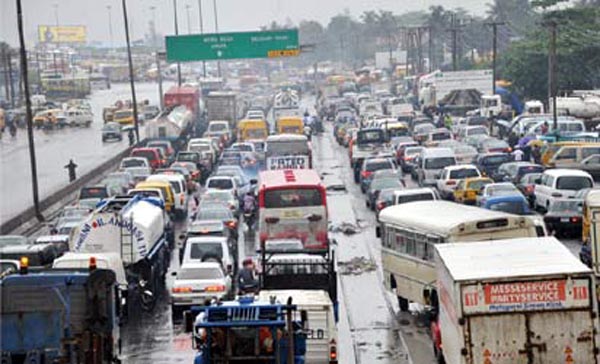 Lagos — THE traffic gridlock currently being experienced along the Mile 2 end of the Oshodi-Apapa expressway leading to the port access road is due to the inability of truck drivers to adhere to the call up time table prepared for trucks to go the pre-gates before entering the ports.

Sweetcrudereports, gathered that a time table for five categories of vehicles to enter the ports had been drawn up and sends to all relevant stakeholders with a view to getting their cooperation and ease the traffic situation in and around Apapa.

According to a document sighted by Vanguard, the trucks carrying empty containers are to book their onward movement from 6 : 0.0 p m up till 12 : 00 a.m. as movement to pre- gates commences between 10:00-4:00 p .m before they are allowed into the ports.

Between 12noon and 3:00 p. m, export cargoes are to book their movement to the pre-gates and after which they move to pre-gates between 10:00 p. m and 4:00 a. m to the ports to discharge their cargoes.

Speaking on the development, President of the Association of Maritime Trucks Owners, AMATO, Mr. Remi Ogungbemi said that he heard about the time table for trucks’ entrance to the pre-gates and then to the port as a rumour.

Ogunbgemi lamented the failure of the system and called for the restructuring of the entire port industry.

He said: “There is need for urgent restructuring of the entire system as nothing is working now.”