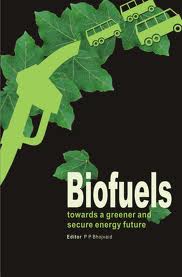 Washington — The Trump administration is expected to ease the impact of its refinery biofuel blending waivers on farmers without rescinding any of the exemptions it has granted so far, four sources familiar with the matter said following a White House meeting on the issue.

The approach would mark a mixed result for the agriculture industry and its backers, who had been pushing the administration to revoke some of the waivers it had recently granted but who could find some relief in other ways. Farmers say the exemptions freeing refiners from their obligation to blend biofuels into gasoline hurt demand for corn-based ethanol.

U.S. President Donald Trump on Thursday had summoned his Agriculture Secretary Sonny Perdue and EPA Administrator Andrew Wheeler to the White House to discuss ways to boost biofuel demand, as his latest decision this month to grant 31 biofuel waivers to oil refiners caused an uproar in farm states key to the Republican President’s re-election bid in 2020.

Full details on the meeting are yet to emerge, but according to a list of items agreed upon and circulated within the oil and biofuel industry, the administration is no longer expected to rescind any biofuel waivers already granted to oil refiners.

U.S. regulations require refiners to blend biofuels into their gasoline or buy credits from those that do. Small refiners can seek exemptions if they can prove economic hardship, but Trump’s EPA has granted waivers to refineries owned by the likes of Exxon Mobil Corp, Chevron Corp and billionaire Carl Icahn.

U.S. farmers have already been suffering due to a slump in crop prices and exports shrinking following Trump’s trade war with China. But Trump’s latest decision to exempt 31 oil refineries from biofuel laws infuriated American farmers, triggering a mobilisation of trade and farm groups piling up pressure on the White House earlier this week.

Refiners and some academics dismiss the argument that waivers cause demand destruction and say the financial burden of compliance put thousands of refining jobs at risk.

Renewable fuel credits for 2019 fell during Friday’s session, trading at 15.5 cents each, down from 16.5 cents apiece on Thursday, traders said.