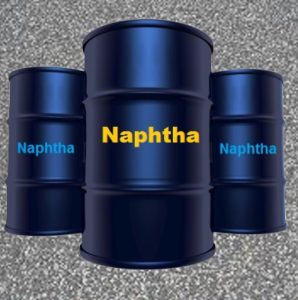 New Delhi — South Korea has started importing naphtha from Tunisia, which in turn has seen a jump in supplies from Russia, highlighting the unusual trading routes that are emerging following Western sanctions against Moscow over its war in Ukraine.

South Korea, the world’s largest importer of naphtha, last year bought 590,000 tonnes of the fuel used in petrochemicals from Russia, or nearly a quarter of its total naphtha imports, according to trade flow data from Refinitiv.

But those flows have now almost dried up, the figures show.

In the meantime, data from the state-run Korea National Oil Corp (KNOC) show Seoul imported 740,000 barrels – or about 82,000 tonnes – of naphtha from Tunisia last month.

Seoul is also set to receive about 274,000 tonnes of naphtha this month from Tunisia, according to the Refinitiv data.

“Re-routing is mainly to avoid the scrutiny of the West and take advantage of cheaper Russian barrels,” Manish Sejwal, vice president of market analysis at Rystad Energy, said of the new trade route.

Russian naphtha started landing at La Skhirra port in Tunisia from August this year and last month the North African nation shipped out its first cargo to South Korea, the Refinitiv data shows.

Tunisia, which rarely imports naphtha, received 410,000 tonnes of the light distillate from Russia in August-November this year, compared with none in the whole of 2021, according to the data.

“Tunisia does not import naphtha … Tunisia exports it,” an official at Tunisia’s energy ministry said. He declined to be named as he is not authorised to speak to the media.

Out of the nine vessels from Russia that went to Tunisia carrying naphtha, four were chartered by Coral Energy.

Coral Energy said it did not have storage in Tunisia and had chartered vessels for its non-Tunisian customers under the deals done on a delivered basis.