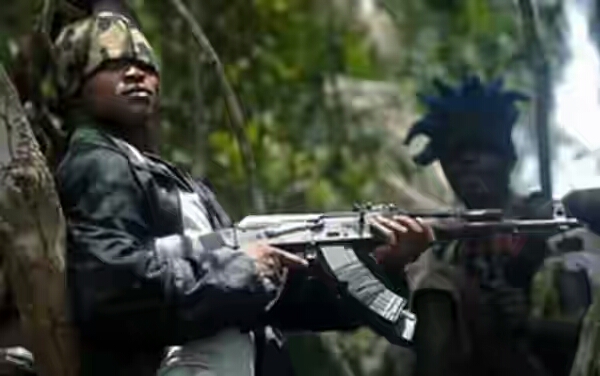 Port Harcourt — The whereabouts of two expatriates who were abducted by gunmen while working on an oil platform operated by an indigenous oil firm, Niger Delta Petroleum Resources, NDPR, in Abua/Odual Local Government Area of Rivers State, has remained unknown.

The victims, who are suspected to be of Scottish and Canadian nationalities, were abducted on the early hours of Saturday, 27th of April 2019, in the swampy terrain of Ogbele community in Abua, 48hours after two staff of Shell Petroleum Development Company, SPDC was abducted on that same area, along the Rumuji axis of East-West Federal Road.

The Joint Military Taskforce operating in the Niger Delta region, Operation Delta Safe, OPDS, had confirmed the development had assured that operatives of the JTF have been mobilized to comb the terrain with a view of rescuing the victims and apprehending the suspects.

While the two staff members of SPDC, who were kidnapped two days earlier (April 25th) have since regained their freedom since on April 30th, 2019, the two foreigners are yet to regain their freedom, two weeks later.

When contacted, JTF Spokesperson, Major Ibrahim Abdullahi, said there has not been any update on the abduction or the whereabouts of the kidnapped expatriates.

According to him, “There is no update yet. If there is any new development I would have informed you.”

However, the JTF had before now assured that efforts have been redoubled to curb kidnapping within its area of operations, while urging the management of Niger Delta Petroleum Resources, NDPR to provide security on their platforms.

“We advice the management of NPDR to provide security on their platforms because that was the loopholes the kidnappers used to come and abduct their workers.”

Meanwhile, efforts to reach the management of the Niger Delta Petroleum Resources, NDPR, to comment on the matter has proved abortive.