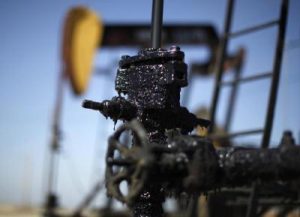 05 August 2017, Sweetcrude, Lagos — Sweetcrude Reports’ finding has revealed how the world’s IOCs have resorted to importing crude oil from the United States of America’s shale producers as a result of reductions in their production quotas.

The glut in the international crude oil market has seen prices slide to a historical low of $25 per barrels in recent times.

As a result, the Organisation of the Petroleum Exporting Countries, OPEC, which controls about 60% of the global oil supply, alongside Russia leading the non-OPEC crude oil producers, agreed to cut exports by a combined 1.8 million barrels per day (b/d) from January 2017 until the end of March 2018.

Since OPEC members’ exports have been slowed down by the cap deal, a fresh report reveals that the IOCs have started shifting attention to the U.S, by importing more of its products for refining and use in their countries, leading to the continuous rise in U.S shale production.

U.S’s shale is said to be lighter and cheaper to produce than most crude oil types produced by OPEC. And since the country is not under any pact, crude oil producers in the country have kept increasing rigs and are determined to survive even under the lowest price.

The country’s production averaged almost 9 million barrels per day (bpd) in the four weeks to Feb. 24. Production has been on an upward trend since hitting a cyclical low of 8.5 million bpd in September.

And since last November, U.S. production is up 600,000 b/d, about half of OPEC’s promised cut, eating deep into OPEC’s market share.

Information gathered by SweetcrudeReports, shows that IOCs now make up for financial loses in OPEC member nations from their exports in the U.S. Many of them have stepped up purchase of crude oil from the U.S.

Indian Oil Corp director of finance, A K Sharma, said the company had sealed a deal with the U.S last month, to import 1.6million barrels of crude from the U.S for delivery in first week of October to its Paradip refinery in Odisha.

The country purchased 6-7 grade of US crude. The second cargo will be delivered in November.

India is not the only country on the block, others like South Korea, Japan and China will buy US crude after production cuts by OPEC has driven up prices of Middle East heavy-sour crude, or grades with a high sulphur content.

After IOC, Bharat Petroleum Corp Ltd (BPCL), has also bought 1 million barrels of sour crude from the US for its Kochi Refinery.

Although Nigeria is not buying from the U.S however, it has gone public with its interest to buy from Chad and Niger Republic.