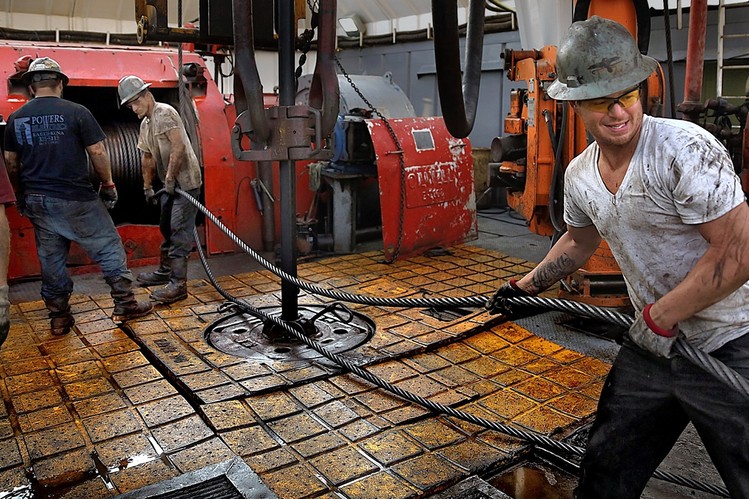 *Drilling for oil in North Dakota.

The rise came as production climbed in Texas and North Dakota to fresh peaks of 4.58 million bpd and 1.28 million bpd respectively, the data showed.

Output from the United States has boomed thanks to a shale revolution, with production from the nation’s largest oilfield, the Permian basin that spans West Texas and New Mexico, leading the increase.

Meanwhile, natural gas production in the lower 48 U.S. states rose to an all-time high of 94.7 billion cubic feet per day (bcfd) in August, up from the prior record of 92.7 bcfd in July, according to EIA’s 914 production report.

In Texas, the nation’s largest gas producer, production increased to a record high 24.9 bcfd in August, up 1.7 percent from July. That compares with output of 21.8 bcfd in August 2017.

In Pennsylvania, the second biggest gas producing state, production rose to a record high 17.3 bcfd in August, up 1.8 percent from July. That compares with output of 14.5 bcfd in August 2017.