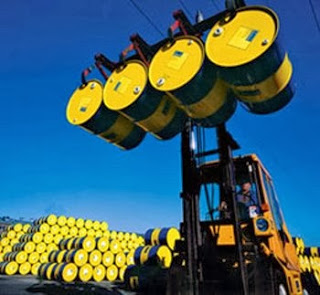 U.S. oil inventories have surged in 2020 as oil consumption dropped due to the coronavirus pandemic that has caused businesses to shutter and governments to restrict citizens’ movements.

U.S. gasoline stocks rose by 2.8 million barrels, the EIA said, compared with expectations for a 2.1 million-barrel drop.​ Distillate stockpiles, which include diesel and heating oil, rose by 3.8 million barrels, more than expected.

“The market has pushed up pretty bullishly over the past few weeks, but I see product builds in this report that can take away a little bit of the bullish direction,” said Gene McGillian, director of market research at Tradition Energy in Stamford, Connecticut.

Weekly product supplied figures, a proxy for demand, showed a dropoff in gasoline and diesel consumption. The more widely followed four-week average shows gasoline consumption is down 29% from the year-ago period, while distillate use is down 14%.

“Even though the crude number was definitely supportive and suggests that things are pretty good, we got a little disappointment with the gasoline demand,” said Phil Flynn, senior analyst at Price Futures Group.