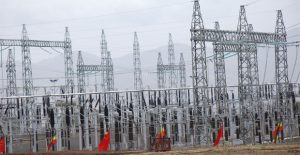 Denver – The U.S. Department of Energy is planning up to a $165 million new investment in a geothermal power initiative that would tap into expertise from the oil and gas industry to unlock energy resources and move away from fossil fuels.

Geothermal energy, which taps into heat within the earth, currently makes up less than 1% of the U.S. energy mix. If harnessed, it could generate 8.5% of all electricity generation by 2050, the department said.

The DOE will initially provide $10 million to fund a consortium to study issues in the geothermal sector, and then provide $155 million over the next four years on research for the project, called the Geothermal Energy from Oil and Gas Demonstrated Engineering (GEODE) initiative.

The department plans to pick a consortium leader by February, with an anticipated kick off in May.

Oil and gas shares some commonalities with geothermal in terms of equipment used and processes for tapping into the subsurface.

“If we can leverage the more mature oil and gas industry, hopefully we can overcome some of the remaining barriers in the geothermal industry,” said George Stutz, a manager in the DOE’s Geothermal Technologies Office.

A separate geothermal project underway in Utah has benefited through partnerships with oil and gas, said Doug Blankenship, senior DOE advisor, noting that it has helped speed well drilling rates.

“The ability to mine heat is much better today than it was 30 years ago,” Liberty’s CEO Chris Wright, who worked in geothermal earlier in his career, said of the investment.