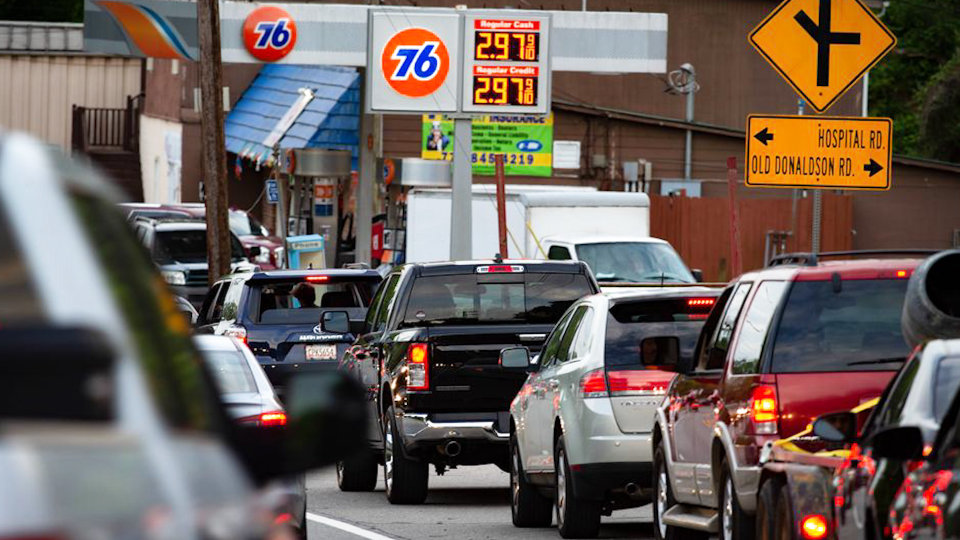 New York — Gasoline shortages that have plagued the U.S. East Coast over the last week modestly improved on Sunday as the country’s largest fuel pipeline was brought back to normal operations following a crippling cyberattack.

Even with outages slightly easing in many states, at least a third of gas stations were without fuel in Maryland, Virginia and Georgia, according to tracking firm GasBuddy. Roughly half of the stations in the Carolinas were lacking gasoline, and the amount of empty fueling stations in Washington D.C. rose 2% to 83%, GasBuddy data showed.

Overall outages stood at 12,870 stations, down from 13,450 on Saturday and a peak of more than 16,000, said Patrick De Haan, head of petroleum analysis at GasBuddy, as drivers reduced panic buying and stations replenished supplies.

Gas stations across the Eastern Seaboard ran dry as drivers hoarded gasoline after learning that the 5,500-mile (8,900-km) Colonial Pipeline had temporarily shut down following the hack, largely seen as the most disruptive cyberattack on record.

Colonial on Saturday said it had returned the Colonial system to normal operations. The pipeline company was not immediately available for comment on Sunday.

Widespread panic buying led to long lines at gas stations along the pipeline’s service route, and even in some areas not served by the line, as well as a spike in fuel prices.

U.S. gasoline demand on Saturday dropped nearly 15% from a week earlier, according to GasBuddy, as drivers pulled back on fuel hoarding.

The nationwide average for a gallon of regular unleaded was up slightly on Sunday at $3.044 compared to the previous day’s $3.042, and up from $2.96 a week ago, according to AAA.

In Colonial’s case, the cyber criminals demanded a ransom, but it was not clear how much money was requested or whether the pipeline company made any payments to the group. Bloomberg News and the New York Times said the company paid nearly $5 million.

Colonial said it would resume on Monday its regular nomination process, in which shippers seek space on the line.