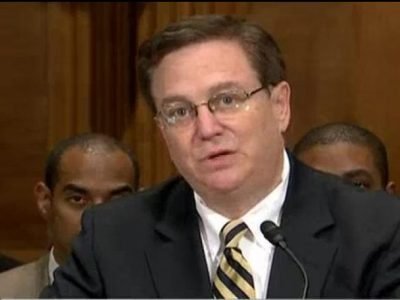 Judge Richard Gergel of the U.S. District Court in South Carolina issued the decision in response to a motion filed by a range of conservation and business groups and coastal cities opposed to the administration’s efforts to expand U.S. offshore drilling.

The Justice Department had sought a delay in the court proceedings arguing that it did not have the resources it needed to work on the case during the shutdown.

Gergel said in his decision that he would grant the stay, but said federal authorities cannot work on seismic permitting until the government re-opens and is funded.

The Interior Department has recalled employees, including those at the Bureau of Ocean Energy Management (BOEM), to continue working on permitting for onshore and offshore oil and gas drilling and testing despite the shutdown, drawing criticism from Democrats and environmentalists.

“The Court hereby enjoins the federal defendants, BOEM, and any other federal agency or entity from taking action to promulgate permits, otherwise approve or take any other official action regarding the pending permit applications for oil and gas surveys in the Atlantic,” Gergel wrote in his order.

BOEM spokeswoman Connie Gillette said the agency will comply with the judge’s order but could not comment further due to the pending litigation.

The Trump administration’s plans to open up offshore drilling along the eastern seaboard has riled state governments, including Republican-leaning South Carolina, who fear seismic testing and offshore drilling will harm their lucrative tourism industries.

“While oil and gas exploration could bring in billions of dollars, doing it without adequate study and precautions could end up costing billions of dollars and cause irreversible damage to our economy and coast,” said South Carolina Attorney General Alan Wilson, who is seeking to join the lawsuit fighting drilling, said.