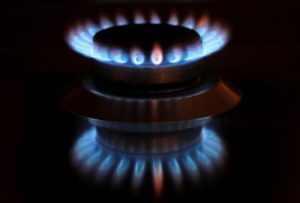 “The February natural gas contract is rebounding this morning on overdue profit-taking by shorts,” analysts at energy consulting firm EBW Analytics told customers, noting gas futures fell to an intraday low of $3.52 per million British thermal units (mmBtu) on Friday, their lowest since July 2021. That continues last year’s record volatility by putting the contract on track to rise or fall over 10% on three out of the five trading days so far this year.

After posting its worst start to a year on record, U.S. gas futures were down about 8% so far this year after rising 20% in 2022. That price drop caused gas speculators last week to boost their net short futures and options positions on the New York Mercantile and Intercontinental Exchanges for a third week in a row to their highest since October 2022, according to the U.S. Commodity Futures Trading Commission’s Commitments of Traders report.

After several delays from October to November and then to December, Freeport now expects the facility to return in the second half of January, pending regulatory approvals.

Analysts have long been saying that Freeport would likely return during the first or second quarter of 2023 because the company still has a lot of work to do to satisfy federal regulators, including training staff in new procedures, before restarting the plant. Whenever Freeport returns,

U.S. demand for gas will jump. The plant can turn about 2.1 billion cubic feet per day (bcfd) of gas into LNG, which is about 2% of U.S. daily production. Several vessels, including Prism Diversity, Prism Courage,

Prism Agility and Elisa Larus, have been waiting in the Gulf of Mexico to pick up LNG from Freeport, some since early November. Other ships were sailing toward the plant, including Corcovado LNG, which is expected to arrive in mid-January, and Prism Brilliance, Kmarin Diamond and Wilforce expected in late January.

Data provider Refinitiv said average gas output in the U.S. Lower 48 states rose to 98.3 bcfd so far in January, up from 96.7 bcfd in December. That compares with a monthly record of 99.9 bcfd in November 2022. With the weather expected to remain warmer-than-normal through late January,

Refinitiv projected average U.S. gas demand, including exports, would ease from 121.2 bcfd this week to 120.7 bcfd next week. The forecast for this week was lower than Refinitiv’s outlook on Friday, while its forecast for next week was higher.

The average amount of gas flowing to U.S. LNG export plants rose to 12.1 bcfd so far in January, up from 11.9 bcfd in December. That compares with a monthly record of 12.9 bcfd in March 2022.