U.S now doing what OPEC refuses to do! 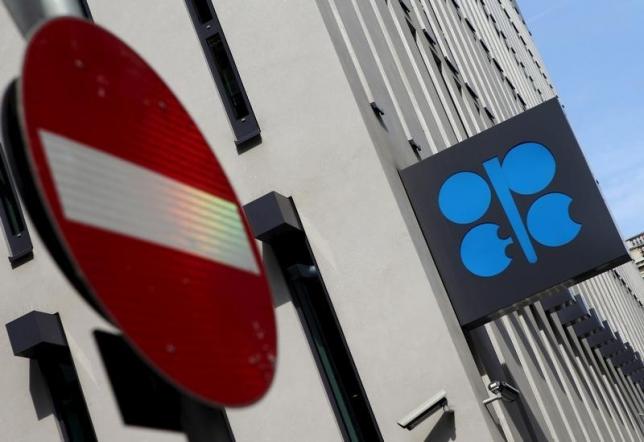 03 November 2018, Sweetcrude, Lagos — With the U.S crude oil production reaching a new record high, it would be appropriate to say the country is now doing what the Organisation of the Petroleum Exporting Countries, OPEC blatantly refused to do.

It would be recalled that recently, the U.S president, Donald Trump had called out OPEC to increase market supplies, however, OPEC had maintained its Declaration of Cooperation, DoC pact however with a slight increase. However, the U.S appears to be flooding the market to break OPEC’s monopoly.

In October, OPEC increased oil production to the highest level since 2016 to a level before the DoC was enacted, according to a recent Reuters survey. The highest output was from Saudi Arabia and the UAE.

There was also a rebound from Libya although the country is not part of the OPEC production cuts. The 15 countries in OPEC produced an average 33.31 million barrels per day in October, the highest since December 2016. That was also up 390,000 bpd from September.

In the U.S, monthly crude oil production reached a record high in several states. Texas had the highest record level at 4.6 million b/d, followed by North Dakota at 1.3 million b/d. Other states that had record-high production levels were New Mexico, Oklahoma, Colorado, and West Virginia. Production in the Federal Offshore Gulf of Mexico also hit a record high of 1.9 million b/d.

The growth in Texas and New Mexico since the start of 2018 surpassed EIA’s previous expectations, which assumed that pipeline capacity constraints in the Permian region would dampen production growth in response to the increased differential between the West Texas Intermediate (WTI) crude oil price at Cushing, Oklahoma, and the WTI price at Midland, Texas.

In August 2018, this differential had grown to more than $16 per barrel (b), up from $0.43/b in January. However, industry efficiencies in pipeline utilization and increased trucking and rail transport in the region have allowed crude oil production to continue to grow at a higher rate than EIA expected.

From May through August, production in the Gulf of Mexico grew by an average of 130,000 b/d every month, a significant increase from the growth rate in the first four months of the year.

This increase was primarily the result of a number of fields returning to full production after several months of maintenance and other infrastructure issues that arose from Hurricanes Harvey and Nate in 2017.

WTI-Cushing spot prices averaged about $68/b in August, down from the July average of $71/b. EIA’s Short-Term Energy Outlook forecasts the average spot price for WTI to remain near that level in the fourth quarter of 2018.

With this new record from the U.S, OPEC’s Secretary-General, Mohammad Barkindo still maintains the group has become an “indispensable organ of stability” in the oil market, continuously breaking new frontiers and establishing energy dialogues with the EU, Russia, China, India and the US”- one wonders where the dialogue is between OPEC and U.S at this point.

From all indices, if care is not taken on the part of OPEC, the U.S might soon take over the group’s strongest point of market supply and price control.