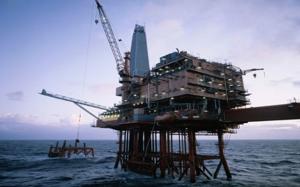 London — U.S. oil and gas employment has started to fall as the sector contracts in response to lower prices over the last year – and further job losses are likely in the next few months as the rate of well drilling declines further.

In 2017/18, the second shale-oil boom created almost 100,000 new high-paying jobs in oil and gas drilling as well as associated services such as site preparation, cementing, casing and pressure-pumping.

The impact was felt intensively in some local areas – especially those overlaying the oil- and gas-rich Permian Basin in western Texas and eastern New Mexico.

Non-farm employment in the Midland metropolitan area at the heart of the Permian in Texas surged at an annual rate of 15% in the first nine months of 2018, data from the U.S. Bureau of Labor Statistics shows.

Non-farm jobs in the Odessa metro area, another Permian boom town, were up more than 10% in the first three quarters of 2018 compared with a year earlier (“Current employment statistics”, BLS, Oct. 4).