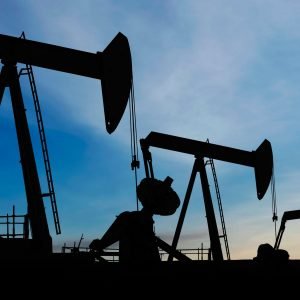 Newswire — U.S. energy firms this week reduced the number of oil rigs operating, with the rig count declining for the ninth straight month to its lowest since January last year as most producers cut spending on new drilling this year.

Drillers cut 12 oil rigs in the week to Aug. 30, bringing the total count down to 742, the lowest since early January 2018, General Electric Co’s Baker Hughes energy services firm said in its closely followed report on Friday.

For the month, the oil rig count, an early indicator of future output, dropped by 34, its biggest decline since March 2019. That put the count down for the ninth month in a row.

In the same week a year ago, there were 862 active rigs.

U.S. crude output fell by 33,000 barrels per day (bpd) to 12.08 million bpd in June, the second month of consecutive declines, the U.S. Energy Information Administration said in a monthly report released on Friday.

On a weekly basis, however, U.S. output last week rose to a new record high of 12.5 million bpd, the EIA said.

U.S. crude futures traded around $55 per barrel on Friday, ahead of a hurricane near the Florida coast that could dampen demand, but were set for a big weekly gain as the U.S.-China trade conflict eased.

U.S. financial services firm Cowen & Co said projections from the exploration and production companies it tracks point to a 5% decline in capital expenditures for drilling and completions in 2019 versus 2018.

Year-to-date, the total number of oil and gas rigs active in the United States has averaged 996. Most rigs produce both oil and gas.

The number of U.S. gas rigs, meanwhile, remained unchanged from last week at 162.