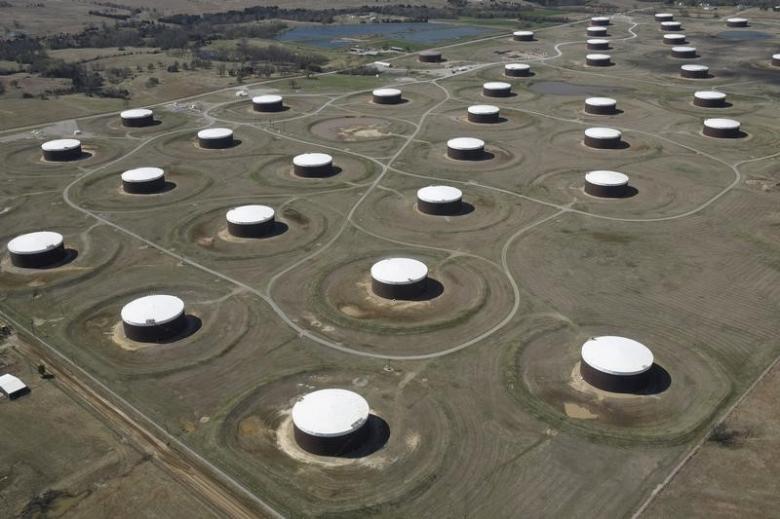 *Crude oil storage tanks are seen from above at the Cushing oil hub, in Cushing, Oklahoma, March 24, 2016. REUTERS/Nick Oxford/File Photo

The price jumped is due to tightening from North America on the partial closure of the Keystone pipeline connecting Canadian oilfields with the United States.

The pipeline spilled oil on Nov. 16, reducing the usual 590,000 barrel-per-day flow to U.S. refineries and driving down inventories at the storage hub of Cushing, Oklahoma, traders said.

Markets have also tightened globally due to 1.8 million barrels per day output cuts since January by the Organisation of the Petroleum Exporting Countries, OPEC, Russia, and several other producers.

OPEC will meet on Nov. 30 and is expected to extend the oil output cutdeal beyond March 2018, although Russia has sent mixed signals about its support for an extension.

“With the majority of OPEC members endorsing an extension, Russian support is the key risk,” Jon Rigby, head of oil research at UBS, wrote in a note.

President Vladimir Putin indicated in October that Russia backed extending the deal to the end of 2018, but comments by officials and in Russian media have created uncertainty since then, he said.