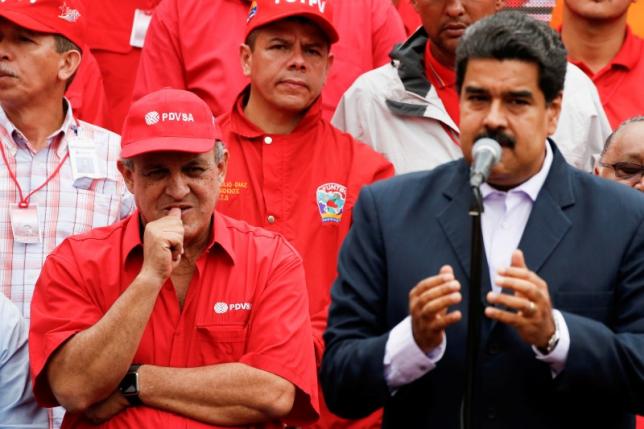 It blacklisted one tanker belonging to each of the Liberian firms and six owned by the Italian firm.

“We continue to target companies that transport Venezuelan oil to Cuba, as they are profiting while the Maduro regime pillages natural resources,” Treasury Secretary Steven Mnuchin said in the statement.

“Venezuela’s oil belongs to the Venezuelan people, and should not be used as a bargaining tool to prop up dictators and prolong oppression,” he said.

The sanctions prohibit dealings with the firms by U.S. citizens and block the companies’ financial interests in the United States.

A week ago, the U.S. Treasury imposed sanctions on 34 vessels owned or operated by Venezuelan state-run oil company Petróleos de Venezuela, S.A, or PDVSA, and also on two companies and a vessel that delivered oil to Cuba in February and March.

PDVSA nevertheless shipped 1 million barrels of oil to Cuba after the last round of sanctions, according to a PDVSA document and tanker tracking data.

Last week’s sanctions came on top of a previous round in January targeting PDVSA itself.

The United States and most Western nations have recognized opposition leader Juan Guaido as the rightful president of Venezuela.

Guaido invoked the Venezuelan constitution to assume an interim presidency in January, arguing that Maduro’s 2018 re-election was illegitimate.

Maduro argues Guaido is a puppet of the United States attempting to oust him in a coup. Venezuela’s Foreign minister Jorge Arreaza this week said the OPEC-member nation plans to “fulfill its commitments” to Cuba.

Venezuela has long sent subsidized crude to Cuba. The United States describes the arrangement as an “oil-for-repression” scheme in which Havana helps socialist Maduro weather an economic crisis and the power struggle with the opposition in exchange for fuel.

Cuba has said it will never abandon its ally even as U.S. President Donald Trump’s administration threatened more sanctions.