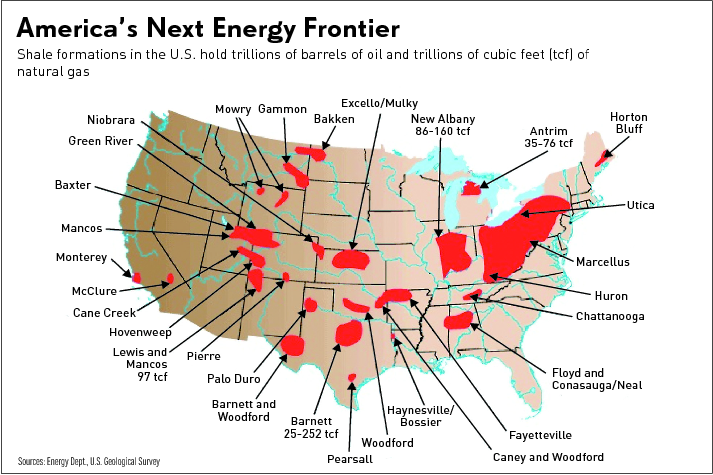 04 November 2017, Houston, Texas — U.S. shale producers are telling investors impatient for better returns that they can keep boosting oil output aggressively and do so while still making money for shareholders.

Investors have pushed top U.S. shale companies to focus on returns, rather than higher output, a move that threatened to slow the breakneck growth in supply sparked by the shale revolution in the world’s top oil consumer.

For the Organization of the Petroleum Exporting Countries, slower shale production gains would have been welcome. The cartel this year put caps on its members’ production to end a supply glut and boost oil prices, only to find U.S. shale gains and record exports muting the impact of their curbs.

But in comments during recent third-quarter earnings calls, shale executives signaled they expect to deliver both higher returns and output.

Underpinning the effort: Rising global oil demand and crude CLc1 prices that are up about 30 percent since June lows. Shale producers are also proving they can drive output higher even after several last summer reported some Permian wells had begun delivering more natural gas, a sign of aging fields.

“I’d like to think the industry is changing for the better,” said Todd Heltman of wealth manager Neuberger Berman, which invests in shale producers. “Investors are more focused on return metrics.”

Devon plans to boost oil production this quarter by 20 percent from the Permian and Oklahoma shale plays and spend less on each new well.

“We are taking the appropriate steps to become an industry leader with our disciplined approach to capital allocation,” said Devon Chief Executive Dave Hager.

U.S. shale output is expected to hit 6.1 million barrels of oil per day (bpd) this month, up 35 percent from a year earlier, according to the U.S. Energy Information Administration.

The inventory of drilled-but-uncompleted wells, a backlog for future output, in September reached 7,120, up 42.6 percent from the year-ago period, and an all-time high. While the number of oil drilling rigs in the United States has slid in recent months, each rig’s efficiency has jumped sharply in the past year.

EOG Resources Inc. (EOG.N) boosted third-quarter production by 8 percent and swung to a $100 million profit, from a loss in the same period last year, helped in part by rising oil prices. CEO Bill Thomas said the company is aiming for 20 percent increase in U.S. crude output this year over last. Its stock is up nearly 17 percent since August.

Noble Energy forecast its fourth-quarter shale production will rise 15 percent to at least 102,000 bpd.
“If you look at the growth from our Permian Basin drilling operations, you can see very substantial increases in oil production growth of about 15 percent,” said Tim Dove, CEO of Pioneer Natural Resources Co (PXD.N).

Pioneer, one of the largest Permian oil producers, plans to boost its shale output by at least 16,000 bpd this quarter. The company’s shares are up 15.4 percent since early August.

Next year could bring more of the same gains.

“We are excited about the trajectory of production growth in the upcoming quarters,” said Vicki Hollub, CEO of Occidental Petroleum Corp (OXY.N), another top Permian producer. Oxy projects its Texas oil output will rise by more than 80,000 bpd by the end of 2018, to more than 200,000 bpd.

Shale producers outside Texas are cranking up production, too.

“We’re confident about the areas in which we’re drilling through to the end of the year and really, through the end of 2018,” said Jim Volker, who retired as Whiting’s CEO this week.

OPEC TENSION
U.S. shale increases are keenly watched by OPEC, and likely will be in the spotlight when the group and other major producers meet on Nov. 30 in Vienna.

Emmanuel Kachikwu, Nigeria’s oil minister, warned at the last OPEC meeting in May that the group would “sit down again and look at what process it is we need to do” if U.S. shale output continues to weigh on global markets.

Adding to the pressures, major oil companies that were late to recognize shale’s potential have brought their own resources to bear. Chevron Corp (CVX.N) and Exxon Mobil Corp (XOM.N)are setting out aggressive plans for U.S. shale production, especially in the Permian.

Exxon, which more than doubled its Permian holdings earlier this year, plans to boost the number of drilling rigs there by 50 percent, to 30, by the end of next year. By 2020, Exxon expects its Permian oil production to rise 45 percent.

Chevron, which has operated in the Permian since the 1930s, recently added a 15th drilling rig in the Permian, with plans to add five more.

“We’ll be in a position to grow production for a period of years just from the shale,” Chevron CEO John Watson said of the company’s Permian operations.