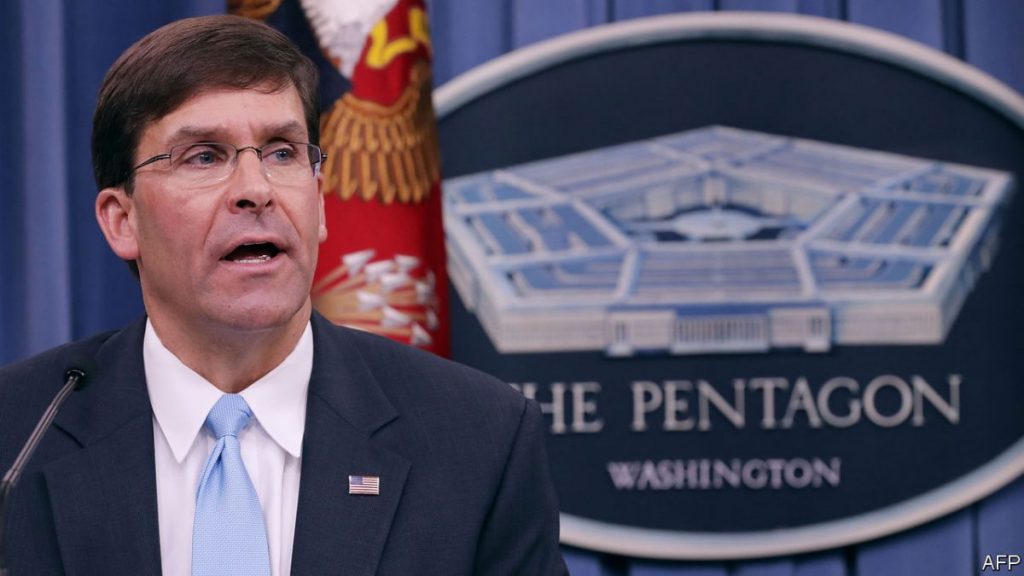 Trump has been softening his pullout plans for Syria after a backlash from Congress, including among key Republicans, who say he enabled a long-threatened Turkish incursion against Kurdish forces in Syria who had been America’s top allies in the battle against Islamic State.

“We are now taking some actions… to strengthen our position at Deir al zor, to ensure that we can deny ISIS access to the oil fields,” Defense Secretary Mark Esper told reporters during a press conference, using an acronym for Islamic State.

“We are reinforcing that position, it will include some mechanized forces,” Esper said. Mechanized forces usually include tanks and other military assets.

He did not say how many forces were currently in the region or how many additional forces would be sent.

Any significant U.S. military presence on the ground would need to be properly defended from potential attack, particularly in oil-rich areas of Syria that could become targets of not just Islamic State militants but potentially Russian-backed or Iran-backed forces operating in the country.

The vacuum left by Trump’s partial withdrawal has created an opening that Russia exploited by moving forces into the area. U.S. officials worry that Iran-backed forces in Syria could also capitalize on the chaos.

Around 300 more Russian military police have arrived in Syria, the Russian defense ministry said on Friday, under an accord between Ankara and Moscow which halted Turkey’s military incursion into northeast Syria.

Amid fears that Islamic State could stage a comeback, Trump said on Wednesday a small number of U.S. troops would remain in the area of Syria “where they have the oil,” a reference to oilfields in the Kurdish-controlled region.

On Thursday, Trump said on Twitter that the “Oil is secured” and that “our soldiers have left and are leaving Syria for other places.”

Esper said his Turkish counterpart had told him that Ankara had recaptured some of 100 Islamic State militants who are believed to have escaped from prison in Syria as a result of the Turkish incursion.

Esper met Turkish Defence Minister Hulusi Akar on Friday in Brussels during a NATO meeting. NATO allies discussed Syria on Thursday, including a German proposal for a multilateral force to patrol a safe zone in northeastern Syria.