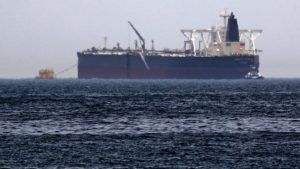 Oil tanker Amjad, one of the vessels attacked off UAE

Dubai — The United Arab Emirates said on Wednesday that the participation of several countries in an investigation into last week’s attack on oil tankers off its coast would support the “impartiality and transparency” of the findings.

The Gulf Arab state has not yet blamed anyone for the acts of sabotage on four vessels including two Saudi oil tankers, but a senior UAE official has said Abu Dhabi was concerned about Iranian behaviour in the region.

“The keenness of our international partners to participate in the investigation and the concerted efforts support the impartiality and transparency in arriving at results,” the UAE foreign ministry said in a statement carried on state news agency WAM.

Tehran has distanced itself from the attack, which comes as Iran and the United States spar over sanctions and the U.S. military presence in the Gulf region.

The UAE foreign ministry statement welcomed the participation of several “friendly and brotherly” countries in the investigation, but did not name them. It did not give a timeframe, saying the probe would take “the time required”.

UAE officials have said that the United States and France, which has a naval base in Abu Dhabi, were participating in the investigation as well as Saudi Arabia and Norway.

A Norwegian-registered oil products tanker and a UAE fuel bunker barge were among the vessels hit near Fujairah emirate, one of the world’s largest bunkering hubs located just outside the Strait of Hormuz.

UAE Minister of State for Foreign Affairs Anwar Gargash has said Abu Dhabi would show restraint after the attack and that it was committed to de-escalation during what he described as a “difficult situation” caused by Iranian behaviour in the region.

Sunni Muslim ally Saudi Arabia has called for emergency Gulf and Arab summits in Mecca on May 30 to discuss the implications of the tanker attack and an armed drone strike two days later on Saudi oil installations in the kingdom, for which the Houthis have claimed responsibility.