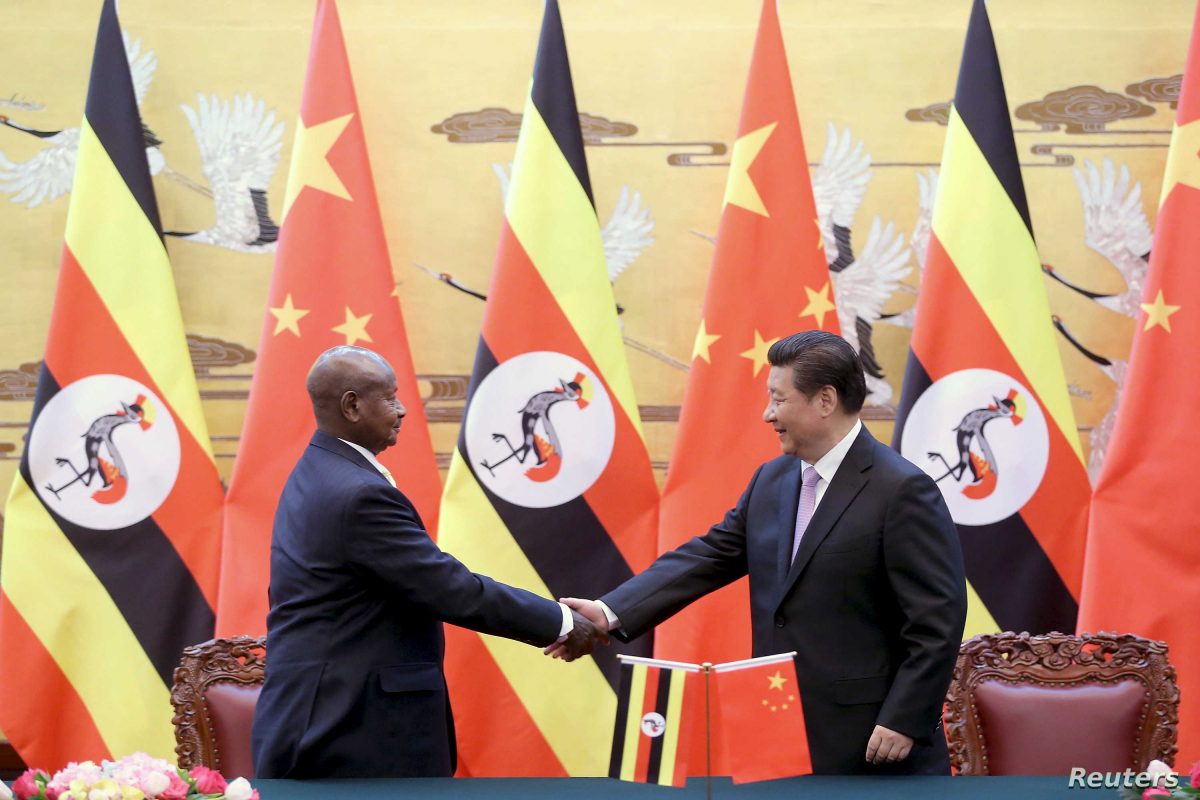 *President Yoweri Museveni of Uganda in a handshake with President Xi of China.

Kampala — Uganda said it would borrow up to 108.5 million euros ($118.42 million) from a Chinese lender to fund construction of three roads that are key to plans to begin oil production in the east African country.

Along with others in Africa, Uganda has received large credit lines from China in recent years as part of the Asian giant’s so-called Belt and Road Initiative, aimed at rebuilding the old Silk Road connection with Asia, Europe and beyond.

However U.S. officials have been critical of Belt and Road lending, which they say can leave countries with excessive debt.

Construction of the so-called oil roads would accelerate efforts to commence crude oil production in Uganda, which has failed to take off 14 years after crude reserves were discovered in the country’s west.

The money will be borrowed from China’s Industrial and Commercial Bank of China, according to a statement issued by the government that listed decisions taken at a cabinet meeting on Monday.

The statement said the roads are needed to “facilitate the efficient development and production of the strategic national oil resources”. It did not give details on the total length of roads to be built.

Uganda’s oil fields are in the Albertine rift basin near the border with the Democratic Republic of Congo. Reserves are estimated at 6 billion barrels.

Crude production has been repeatedly delayed over the years by spats over taxes and a lack of requisite infrastructure like tarmac roads in the fields, a crude export pipeline and a refinery.

A new impasse over taxes on Tullow’s planned divestment of part of its stake in the fields is seen as potentially pushing the production target of 2022 to a later date.

Uganda’s public debt, the IMF calculates, is expected to hit the key benchmark of 50% of GDP as early as the 2021/22 financial year.