UK allows gas payments to Gazprombank until May 31 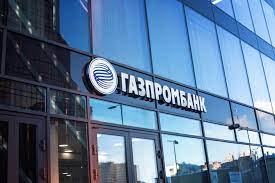 London — Britain has granted Russia’s sanctioned Gazprombank and its subsidiaries a licence for payments until the end of May in order to ensure gas supplies to the European Union, a Treasury document showed on Friday.

The licence permits an individual or company to continue payments under contracts that began before April 21, 2022 and allows actions such as opening and closing bank accounts to make such payments, according to the document published online.

Gazprombank, one of the main channels for payments for Russian oil and gas, is among Russian entities that have been sanctioned by Britain to penalise the Kremlin and its supporters over the Ukraine conflict.

Russian energy giant Gazprom (GAZP.MM) is continuing to supply natural gas to Europe via Ukraine in line with requests from European consumers, according to the gas producer.

Kremlin spokesman Dmitry Peskov said that there have been no changes to Russia’s timetable for making foreign companies pay for gas in roubles following Britain’s decision on Gazprombank’s licence.

Peskov said all the timings for the payments were set out in Putin’s presidential decree at the end of March, and settlements should be carried out in line with that order.

On Monday Peskov said there was still time for so-called “unfriendly” countries to switch to payments for gas in roubles that fall due in May.

In retaliation for wide-ranging sanctions announced by Western countries including the United States and the European Union, Russian President Vladimir Putin has warned gas supplies could be cut unless payment is made in roubles.

Moscow has proposed that energy buyers open accounts at Gazprombank, where payments in euros or dollars would be converted into the Russian currency. read more