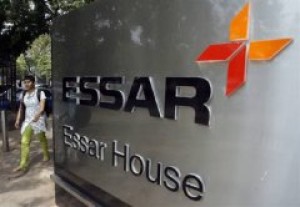 The company seeks to expand its global footprint and is seeking good bargains to increase its oil and gas portfolio. It already has assets in Africa and Europe.

“We are in active discussions with Exxon, Chevron, Shell and ConocoPhilips currently and are very keen to partner in the development of their oil and gas blocks in Africa, Latin America and Australia. Both from a valuation and production point of view these assets are quite attractive as we are keen to invest primarily in developed and producing assets,” a senior executive who is involved in the company’s strategy said.

“We could have some concrete idea before the end of this year as we could be closing a few deals because discussions are progressing quite favourably,” the official in Essar’s international business development team added. The company would invest billions of dollars in such assets, he said, but did not elaborate.

Essar had bid for Royal Dutch Shell Plc’s stake in four Nigerian oil fields but had fallen out of the race when Shell did not find Essar’s offer for any of the blocks attractive. Shell is divesting stakes in the onshore fields as part of its plan to sell $5 billion of assets this year. The Netherland-based company, has sold about $30 billion of assets over the last five years. It said earlier this year that it would also sell its retail fuel business in 14 African countries for $1 billion to oil trader Vitol Group and a private-equity firm.

Essar is also a partner in Mombasa based Kenya Petroleum Refineries, an equal joint venture with the Kenyan government and has recently hired Standard Chartered Bank to advise it on a plan to more than double its output to 80,000 barrels per day (bpd) from the existing 32,000 bpd. Essar Energy had purchased a 50% stake in the refinery from Royal Dutch Shell Plc and Chevron in 2009.

Exxon and Chevron also have producing assets in Nigeria and both Chevron and ConocoPhilips are also partners in various oil and gas blocks in the country. “These deals have long gestation processes and it is challenging working with various government agencies but we are hoping to close some soon,” the Essar source added.