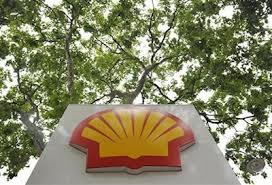 05 August 2014, Lagos – The Social Development Integrated Centre has called on the Federal Government and Shell Petroleum Development Company to take a cue from the handling of the oil spill in the Gulf of Mexico by President Barack Obama, and implement the United Nations Environment Programme’s report on Ogoniland.

The group, which is also known as Social Action, recalled how the Obama-led government collaborated with the BP, the organisation responsible for the spill in the Gulf of Mexico in 2010, to remedy the situation.

The Executive Director, SDIC, Dr. Isaac Osuoka, who urged the Federal Government and Shell to show determination to clean up Ogoniland, decried the delay in the implementation of the recommendations of the report.

In a statement signed by the Communications Officer, SDIC, Lillian Akhigbe, Osuoka was quoted as saying that Shell could also go on with the cleanup of Ogoniland should the Federal Government continue to foot-drag on the matter.

He explained that though it was government’s responsibility to protect the people, Shell could bring in experts to carry out a professional exercise to save the people of Ogoniland.

Osuoka said, “When the BP oil spill occurred in the Gulf of Mexico in 2010, there was an immediate response by the President Obama-led US government and BP, the oil company responsible for the spill.

“It was a professional clean-up exercise, which involved thousands of people brought in by BP to do the job. High-tech machines, such as remotely-operated underwater vehicles, were deployed in the clean-up process.

“The Nigerian government and Shell should take a cue from the BP oil spill clean-up and show a high level of determination to clean up Ogoniland, where the environment is rapidly getting worse.

“If after three years of waiting for the implementation of the UNEP report, the Nigerian government remains unwilling or unable to coordinate a thorough clean-up of Ogoniland, then the onus is on Shell, the polluter, to lead the clean-up process and bring in experts to carry out a professional clean-up.” GCI Old Boys reminisce on old memories

Osuoka, however, asked the Federal Government and Shell to urgently comply with the UNEP report by adhering to the recommendations of the UN agency and not sweeping it under the carpet.

He also appealed to civil society organisations within and outside the country to lend their voices to the matter and ensure it was not tossed into the archives.