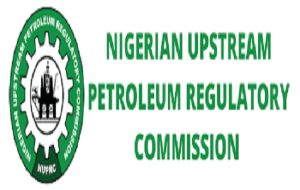 The Chief Executive Officer of NUPRC, Engr Gbenga Komolafe, gave the assurance when the leadership of PENGASSAN and NUPENG paid him a courtesy visit. The team was led by the PENGASSAN president, Mr. Festus Osifo, and his NUPENG counterpart, Mr. Williams Akporeha.

Komolafe, who stated that staff welfare was a priority for the Commission, said this was necessary to achieve industrial harmony in the operations of the oil and gas industry.

The NUPRC boss, in a statement by Mr. Paul Osu, maintained that the collaboration with the industry workers was in the overall interest of the nation as it would ensure necessary synergy in the operations of the sector.

He stated that as part of the collaboration with workers, he has, since assumption of office, set up work teams aimed at addressing issues of staff welfare, which requires redress.

While congratulating the NUPRC chief executive officer on his appointment, the PENGASSAN and NUPENG presidents, in their remarks, assured him of their support in the discharge of his duties