Lagos — The upstream (fields) sector is forecasted to dominate the upcoming projects count in the UK during the next four years, accounting for more than 70% of the total projects starts anticipated during that time, says GlobalData, a leading data and analytics company.

GlobalData’s report, ‘Europe Oil and Gas Projects Outlook to 2026 – Development Stage, Capacity, Capex and Contractor Details of All New Build and Expansion Projects’, reveals that 105 projects are expected to commence operations in the UK. Out of these, upstream (fields) projects would be the highest with 77, midstream with 22, with refinery and petrochemicals at four and two, respectively. 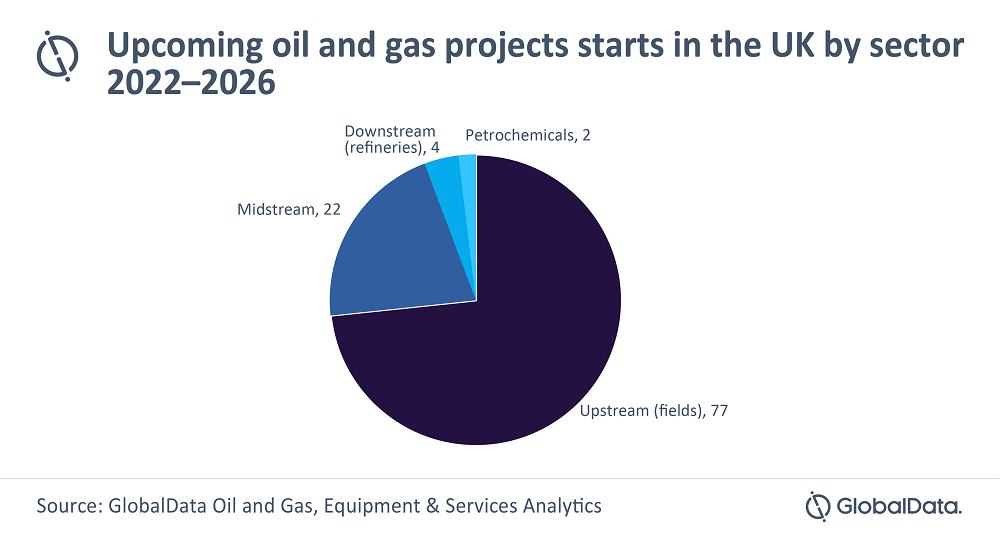 Teja Pappoppula, Oil & Gas Analyst at GlobalData, comments: “In the UK, only the upstream (fields) sector continues to offer significant scope for development. Shallow waters of the North Sea continue to provide significant opportunities to investors and is the focal area for upcoming oil and gas production projects in the country. Despite the COVID-induced slowdown in 2020, several new projects are being planned in the UK North Sea and have the potential to partially offset production declines in the country.”

Among the upcoming production projects in the UK, Rose Bank is a key project with a total production capacity of 121 thousand barrels of oil equivalent per day. Proposed in deep waters of West of Shetland, the project would unlock significant underdeveloped oil and gas resources and contribute to the UK energy security.

Pappoppula adds: “The majority of the upcoming production projects in the UK are still in feasibility or Front-End Engineering Design (FEED) stages. The near-term oil and gas production outlook in the UK is dependent on the successful execution of these projects, as production from several existing matured fields continues to decline due to reaching their end-of-life cycle. As a result, if upcoming projects are also unsuccessful then production will decline further.”