US Energy Mission to visit Nigeria, three other nations 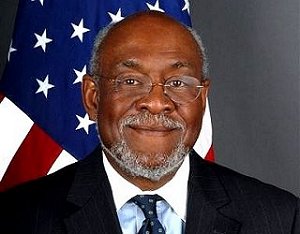 03 February 2012, Sweetcrude, HOUSTON — The United States is sending an energy trade mission to Nigeria, Ghana, Mozambique and Tanzania to look at potential investment projects with the aim of enhancing the countries’ ability to generate electric power, a senior US State Department official says.

“The basic objective of the trade mission is to make significant progress on increasing US private-sector investment in power infrastructure projects that have the potential to increase overall development in these countries by significantly reducing the cost of doing business,” Jim Wilson, senior coordinator for trade promotion and commercial policy in the department’s Bureau of African Affairs, said in a recent interview.

The trade mission specifically hopes to determine “if US power developers would be able to invest in generating facilities and fuel supply that help address the needs in Africa for reliable, affordable electricity,” Wilson said.

The February 6-17 trade mission is being led by Assistant Secretary of State, Johnnie Carson. The trip will include a brief stop in Kenya. The Corporate Council on Africa is co-sponsoring the mission.

Wilson said that a trade mission of this type is important because of the huge “constraints that the lack of reliable electricity place on African development. It’s almost like a tax that is paid where companies in Nigeria or Mozambique either can’t get reliable power or have to pay a very high price with backup generators and expensive diesel fuel to be able to have security of supply.”

If African businesses could have access to power as companies in the United States and Britain do, they could produce products that would be more affordable for local markets and for export abroad, he said.

Each country selected for this trade mission presents significant opportunities for investment in electric power. The four governments have all been taking measures to make the regulatory and legal environments in their nations more attractive to private investors, Wilson said.

“It’s not easy for a private company to invest hundreds of millions of dollars in a project that is going to have a 20-year-plus life cycle,” Wilson said. “And there are political sensitivities everywhere to prices for basic public services like electricity, for example.”

Past impediments to energy-infrastructure development by the private sector in Africa have included uncertain legal and regulatory regimes, inconsistent support of production costs that was reflected in mandated electricity prices, and the insufficient availability of long-term financing from US banks.

This trade mission aims to bring companies “to take a look again at the changing environment in Africa, see the improvements, see what’s now possible to do that might not have been possible to do two years ago or five years ago,” Wilson said.

Wilson said the State Department established specific criteria for participation by potential private investors: “The companies needed to be in a position to move forward with investments in energy infrastructure in Africa, whether they be investments in the power-generation sector, which most of the companies are, or fuel supply, which is another important requirement for meeting the challenge of providing reliable, affordable electricity for Africa.”

Wilson added that there are several other African nations that the delegation would like to have included on this mission, but there is insufficient time.

In addition, Wanda Felton, vice chair of the US Export-Import Bank, and representatives from the US Trade and Development Agency and the State Department’s Bureau of Energy Resources will participate in the mission.