US gives Shs38b to power Uganda 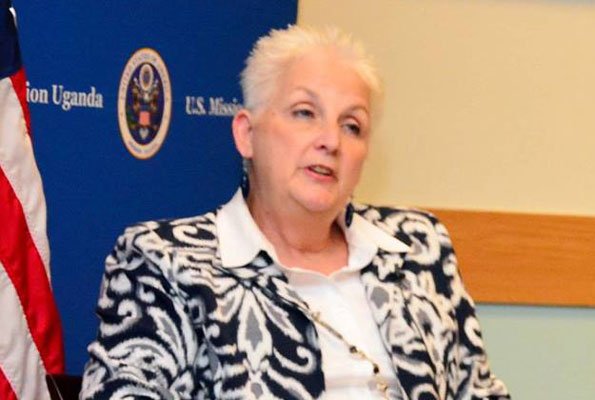 10 February 2018, Kampala — Players in the off-grid subsector are set to benefit from a new three-year $11m (Shs38.5b) project that is part of the support towards new electricity generation and access initiatives.

The US government made the announcement during the East African Energy Infrastructure Summit held on Tuesday in Kampala.

Ms. Malac said according to the Global off-grid Lighting Association, between 2014 and early 2017, 2.9m Ugandans gained electricity access through solar home systems and said to maintain such gains, there is a need for more transparency and effort from the government.

“Private sector thrives when there are clear rules of engagement, a level playing field, and transparency which gives confidence to parties of agreements that all will respect the agreement’s terms and conditions,” she said.

Investors in the private energy sector also want assurance that the investment climate and clear rule of law is conducive enough for them to turn a profit.

“We want to invest in Africa whether it is Uganda. In order to do that, we have to satisfy many requirements of the institutions that lend the money. So the investment climate has to be conducive to make those deals happen,” Mr. Paul Hinks, chief executive officer Symbion Power, said about easing business for investors.

He added, “If we have to sell power and it is in the local currency and it is difficult to get money out of the country, the lenders do not like it because they are worried about getting repayment of the loans.”

Like Mr. West, to attract more investment in the off-grid sub-sector, Ms. Malac added, “Government should look into fiscal incentive regimes such as tax exemptions to help firms do business faster, efficiently and more effectively.”

Free connection policy
It is expensive to connect communities to the national grid.

However, in his remarks at the summit, Mr. Godfrey Turyahikayo, executive director Rural Electrification Agency (REA), said the government is finalising the operation manual for the free connection policy which will cost the government about Shs174b every year.

The policy which shifts the burden of connection charges onto government is expected to be implemented in March this year.

Previously, about 70,000 power consumers have been connected to the grid every year.

According to Mr. Turyahikayo, consumers whose premises are one pole away from the power grid, have wired their house and paid inspection fees to an electricity company will benefit from the policy.

By taking up the burden, the government expects to increase demand not met by supply. A 2016 report by Daily Monitor indicates that Uganda’s installed generation capacity was about 862megawatts but up to 200megawatts were redundant.

About 10 percent of rural Uganda is connected to the national power grid while 20 percent of urban centres are connected. REA hopes to increase the number of connections over the next two years to 30 and 60 percent in rural and urban areas, respectively.

Should it achieve its 60 percent target, 57 percent are expected to be on the national grid while 33 percent will be off-grid connections.