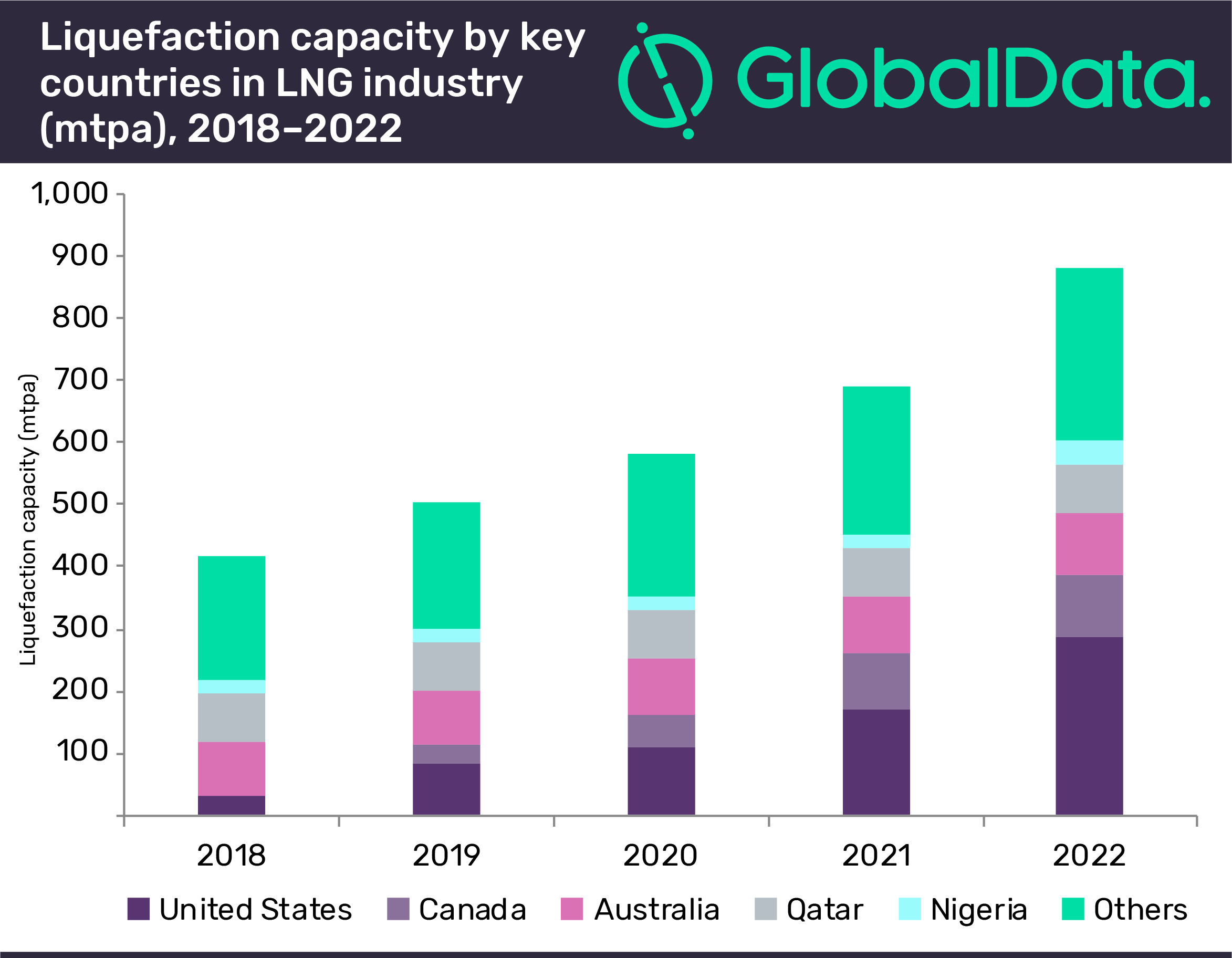 06 July 2018, Sweetcrude, Lagos — The US and India will propel capacity growth in the global LNG liquefaction and regasification industries respectively, to new heights, according to leading data and analytics company GlobalData.

The company’s report ‘Global LNG Industry Outlook to 2022’ forecasts that total global liquefaction capacity will grow from 419.1 million tonnes per annum (mtpa) in 2018 to 882.6 mtpa in 2022. Similarly, the total global regasification capacity is also expected to grow by 40%, from 45.9 trillion cubic feet (tcf) in 2018 to 64.1 tcf in 2022. Globally, 170 new build LNG liquefaction and regasification terminals are expected to commence operations by 2022.

Canada will also witness liquefaction capacity boom with its capacity growing from a meagre 0.3 mtpa in 2018 to an impressive 101.4 mtpa by 2022. Additionally, Canada is the second highest spender globally after the US, with an estimated CapEx of $105.4bn between 2018 and 2022.

In the global regasification industry, Japan continues to lead with the highest capacity of 9.75 tcf by 2022, despite little growth in its capacity. The country is expected to add capacity of 75 billion cubic feet (bcf) and is expected to spend around $0.9bn on two upcoming projects between 2018 and 2022.

Tejomoortula adds: “India is driving the growth in global LNG regasification capacity due to its rapidly growing economy and thriving middle-class population. The need to rein growing pollution by replacing coal with natural gas for power generation is also driving natural gas demand in the country.”