US rig count up six

15 September 2014 – The number of rigs drilling in the US rose by six this week to hit a total of 1931, according to data from Houston-based services giant Baker Hughes.

Movement across basins was fairly diffuse. Only the Permian and the Williston basins gained or lost more than one rig. The West Texas play added three for a continent-leading 566, and the North Dakota region gained two for a total of 194. 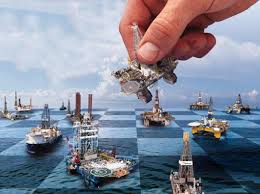 Pennsylvania gained one for 58 and Ohio was up one on 42.

Alaska netted the most rigs among states for the week, adding three for 10. California lost one for 45.

The Gulf of Mexico was flat on 62. Canada lost nine rigs for 405.
*Luke Johnson – Upstreamonline