US to continue providing natural gas to Mexico 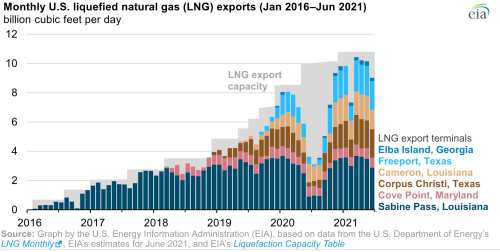 The leading data and analytics company notes that demand for natural gas has been growing significantly in Mexico, and the country will have to increase its reliance on imports from the US to avoid supply shortages.

Steven Ho, Oil & Gas Analyst at GlobalData, comments: “Mexico has always relied on imported natural gas, but this reached a record high of 6,800mmcfd in June 2021 due to increased power demand, hot weather and greater industrial demand. Indeed, the country has been preparing additional pipeline capacity for imported natural gas to ensure industrial demand is met. Luckily, supply far outweighs demand in North America, largely thanks to the US and Canada.”

North America readily delivers excess gas to other regions – mainly Asian countries such as China, Japan, and South Korea, which rely heavily on liquefied natural gas (LNG). Exports from the US to other regions have grown 40% in 2021 compared to 2019.

Ho continues: “The US has become a bigger net natural gas exporter over the past few years, exporting up to 19,000mmcfd back in May 2021. Import volumes throughout the year have been relatively stable, averaging approximately 7,500mmcfd in the past five years.”

The US accounts for approximately 82% of North America’s natural gas production, followed by 15% from Canada and 3% from Mexico.

Ho adds: “In Canada, growth in natural gas demand is relatively muted, used mainly in upstream, power generation, residential and industrial sectors. Therefore, the majority of natural gas production growth is planned for liquefaction to increase Canada’s LNG export capacity. Canada’s planned and announced LNG liquefaction capacity will grow significantly in the coming decade, with an additional 1.8bcfd planned in 2025 and as much as 9.6bcfd by 2028.

“In the US, it seems unlikely for the future growth rate in natural gas to return to pre-pandemic pace due to the increasing competition in power generation by renewable energy sources. Natural gas power generation accounts for up to 18% in 2021 but will shrink down to as low at 14% in 2025, while solar power will slowly take a bigger share in power generation capacity, growing from 9% up to 15% in 2025.”