US to demand publication of payments to Nigeria government 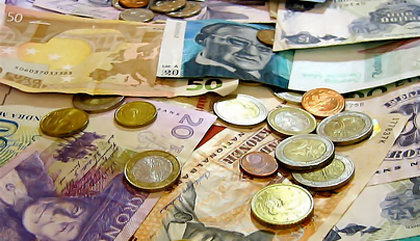 The United States of America has promised to support Nigeria’s fight against corruption in the oil and gas sector by insisting that American companies in the sector publish records of their payments and other transactions with the Nigerian government.

This was disclosed by the Assistant Secretary for Policy and International Affairs of the US Department of Energy, Mr. David Sandalow, in Abuja on Monday, during a visit to the head office of the Nigeria Extractive Industries Transparency Initiative, NEITI.

Sandalow explained that the United States recently passed a law, the ‘Cardin-Lugar’ or Extractive Industries Disclosure Provision, which requires oil, gas and mining companies to disclose what they pay to the US government and foreign governments as part of their annual filings to the US Securities and Exchange Commission (SEC), which is the agency that regulates the US financial sector.

“This law creates a new global standard for company disclosure. It gives citizens in resource-rich countries information to combat oil and mineral sector corruption and to demand government accountability for responsible resource use.

The law shines a light on billions in payments to governments from oil, gas and mining companies.”

Sandalow further explained that since payment data will be made available to countries wherein the oil and mineral companies operate, “this can bolster the efforts of EITI advocates who are pushing for their governments to sign on. The availability of this data may allow them to demonstrate that part of the process is already underway, and that government must match those efforts.”

He pointed out that transparency was fundamental to good governance and that it has been proven to make a difference in the management of natural resources for the benefit of the people.

The US Assistant Secretary of Energy, who was heading a high-powered delegation from the United States of America, including and the US Department of State Special Envoy and Coordinator for International Energy Affairs, Ambassador Carlos Pascual, to Nigeria lauded the NEITI management and board for the achievements recorded so far and the vision behind the establishment of the organization.

Meanwhile, the Nigeria Extractive Industry Transparency Initiative (NEITI) has disclosed that it is working on a new strategy that would require oil, gas and mining companies that operate in the nation to publish records of their payments made to government over a period.

According to the Executive Secretary of NEITI, Mrs. Zainab Ahmed, plans are on the way to enlarge NEITI’s activities to include monitoring of how monies are disbursed and applied by government agencies.

Ahmed noted that since its attainment of the global Extractive Industry Transparency Initiative, EITI, Compliance status, NEITI has began new plans to automate is audits, make it more regular and move its operations to the solid mineral sector.

NEITI is also required by law to follow up the funds and find out how the revenues have been applied for national development. Wide dissemination of this information is key for civil society advocacy, public education and dialogue for good governance.”

The Executive Secretary noted that the additional responsibility which the NEITI Act of 2007 imposes on the Initiative beyond the core EITI criteria, requires resources including capacity development and technology to accomplish.

“This is one of the areas where NEITI seeks support of international development partners,” she stated.

She highlighted that the recently established Nigeria-U.S. Bi-national Commission was coming in stream when Nigeria attains the EITI.

Compliant status, will be leveraged upon by NEITI to canvas for enthronement of corporate governance and accountability in the management of revenues from Nigeria’s abundant extractive resources.

In his contribution, Special Envoy and Coordinator for International Energy Affairs, Carlos Pascual, congratulated NEITI for ensuring compliance with EITI regulations and the vision laid out not to only examine what is being paid to government but to really understand how it is used and the desire to get to the height of the issue of transparency which is to ensure the resources of the country are beneficial to all.

He argued that it is the overall benefits that accrue to the generality of the people that can engender real and enduring development in a way that can advance development.