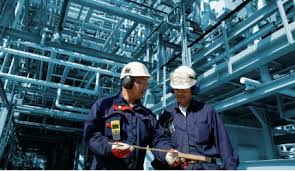 With its stocks and distribution concepts, Van Leeuwen was able to respond to the growing demand in the European industry market. Sales volumes increased and the company achieved a higher turnover in the steel construction market, with large manufacturers in the agricultural machinery segment and with customers in the specialized machine and crane building segment. Additional turnover was achieved with customers on the basis of long-term service and delivery agreements. Van Leeuwen opened a new sales office in Germany.

Demand in the energy market is recovering, but is not yet at the same level of a few years ago. However, Van Leeuwen realized a significant improvement in sales in the energy segment. The business activity of Van Leeuwen companies in the Middle East, Southeast Asia and North America improved in the second half of the year. Activities in the downstream segment are increasing, as investments are no longer postponed. In 2017, Van Leeuwen, as a result of its international network of stock locations, achieved further success with the execution of worldwide contracts with large petrochemical companies, for construction projects as well as for maintenance.

Peter Rietberg, Chairman of the Management Board: “We have significantly improved our result in the past year. Our strategic spread across various market segments and continents also proved to be important in 2017. The outlook for 2018 is positive. There is more confidence in the market and investments are increasing. The market is showing a keen interest in the total packages we offer, with logistics, storage, distribution and project management added to our supply of pipes and tubes.”