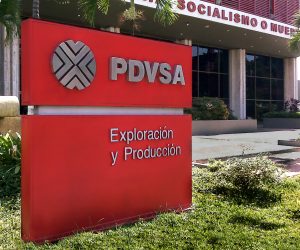 News wire — Venezuela’s oil exports inched higher in June, boosted by cargoes to Asia and expanded sales of upgraded crude, data from state-run oil firm PDVSA and tanker monitoring showed, as the nation rushed to deliver crude to China ahead of an import tax.

Traders last month raced to discharge in China record imports of Venezuelan crude masked as Malaysian bitumen blends ahead of a June 12 tax that raised import costs by at least 40% for several types of fuel.

The tax coincided with the restart of a crude upgrader and an oil-blending plant that process extra-heavy crude from the Orinoco Belt for export. The upgrader is operated by the Petrocedeno joint venture between PDVSA, TotalEnergies and Equinor, and the Petrosinovensa blending plant belongs to PDVSA and China National Petroleum Corp.

The operations resumption, along with the restart of Petropiar’s blending station in late May, allowed PDVSA to ramp up exports of two of its most demanded crude grades, Merey and Hamaca, according to PDVSA’s documents.

PDVSA and its joint ventures shipped an average of 631,900 barrels per day, bpd, of crude and refined products in 23 cargoes in June, a 6.5% rise from May and a 66% increase versus the same month of 2020, the data showed.

The lion’s share of the cargoes set sail for Asia, with about 238,000 bpd – more than in any month of this year – going to Malaysia for trans-shipment and blending before reaching China.

Sales of high-sulphur fuel oil, HSFO, to China and the United Arab Emirates, hubs where Venezuela’s residual fuel is traded, fell in June to 89,000 bpd, from between 106,000 bpd and 192,000 bpd earlier this year.