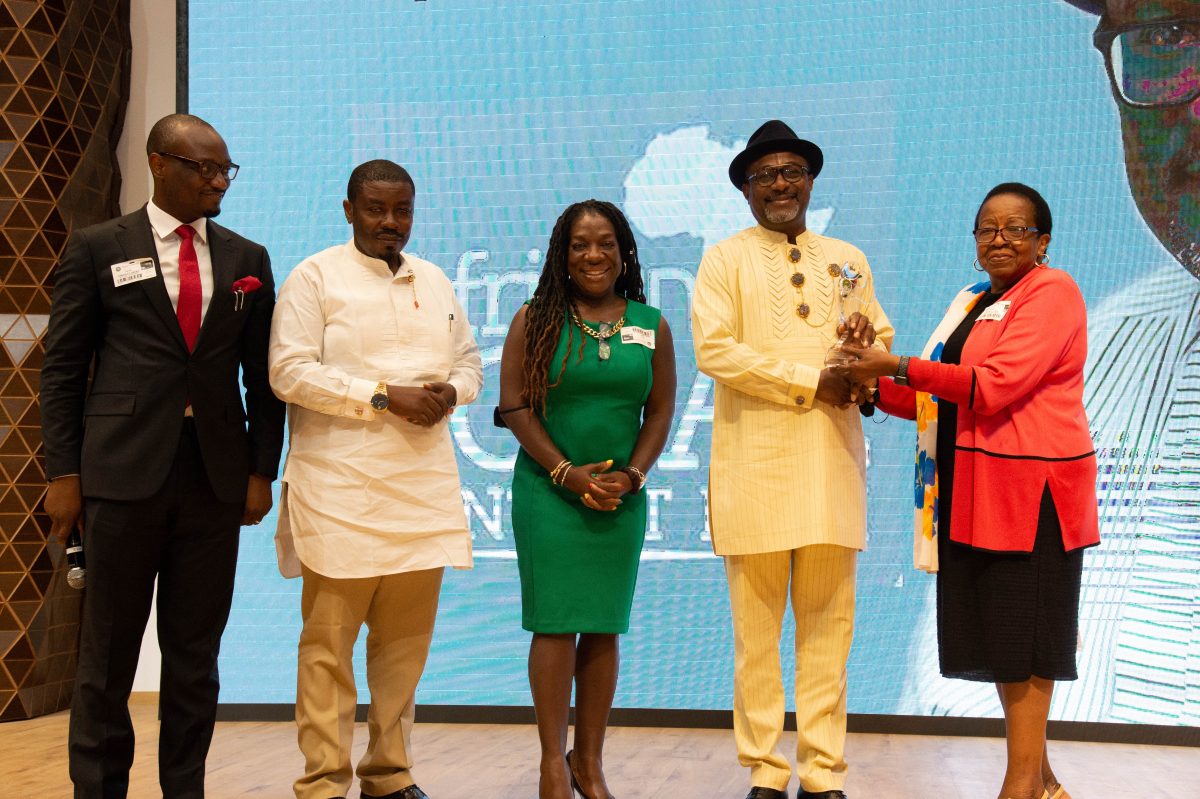 Lagos — The Executive Secretary of the Nigerian Content Development and Monitoring Board, NCDMB, Engr. Simbi Kesiye Wabote was on Friday in Yenagoa, Bayelsa State presented with the African Local Content Icon Award by the African Leadership Magazine.

Receiving the award, the Executive Secretary revealed that became aware of his nomination for the prestigious award after voting had started across the globe.

He thanked the African Leadership Magazine for the recognition, adding that it justified the Board’s dedication to push for Local Content within Nigeria and the continent. “The award highlights the importance of Local Content across Africa and the globe. It shows that our sweat has not been in vain as we continue to propagate local content within Africa and beyond,” he added.

He stated that the Nigerian oil and gas industry had experienced phenomenal transformation in the past 11 years, recalling that the percentage of in-country value created in the oil and gas industry was less than three percent prior to the enactment of the Nigerian Oil and Gas Industry Content Development Act in 2010. “Everything in relation to the industry, including simple things as conceptual design was done outside the country and in-country value was next to nothing.”

Emphasizing the gains of Local Content, Wabote hinted that using local manpower and material resources was a perfect strategy for cutting down the costs of projects. He cited an example with the 17-storey Nigerian Content Headquarters Building which was built by a community contractor, clarifying that the cost would have been significantly higher if it was executed by an international contractor.

He also referenced the ongoing NLNG Train 7 project, noting that Local Content saved Nigeria $2bn in the bid for the Engineering Procurement and Construction scopes of the project. “The difference in the bid between a company that had established itself in Nigeria and another company that came from Europe was $2bn,” he said.

He expressed delighted over the Local Content fervor that had spread to many countries across the African continent and the collaboration among the countries.

He added that ”the realm of Local Content coverage is fast expanding to other sectors of the economy. You do not have to be an oil producing country to practice Local Content.” According to him, the COVID-19 Pandemic had proven that Local Content is not a fancy policy to be considered as a sideline of national discourse.”

The award recipient thanked President Muhammadu Buhari for providing him the platform to practice Local Content in the public sector and acknowledged the tremendous support from the Minister of State for Petroleum Resources, Chief Timipre Sylva and the staff of the Board.

In his remarks, the Group Managing Editor, African Leadership Magazine, Mr. Kingsley Okeke, described Africa as a continent with a huge potential for commerce beyond what is being reported in the internal media. He stated that the magazine tells the story of Africans, especially the positive developments.

Also speaking, a member of the African Leadership Magazine delegation and President-Elect, National Black Caucus of State Legislators, United States, Hon. Laura Hall commended the Executive Secretary for his giant strides in promoting Local Content in Africa and expressed the desire of the magazine to collaborate with the Board in different areas.