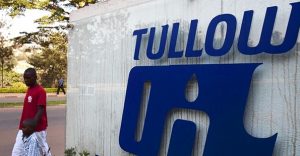 23 February 2019, Nairobi — A deal with local Kenyan authorities that would allow Tullow Oil to pump water to pressurise oil wells, crucial for a final green light for the country’s only oil project, may be slightly delayed to the third quarter, a Tullow executive said on Friday.

Tullow, with partners Total and Africa Oil , is working towards a final investment decision (FID) by year-end and said last week it had hoped to conclude the deal on water supply with the authorities in the second quarter.

“I would probably realistically put it more for Q3 in terms of landing that agreement,” Tullow’s Kenya Managing Director Martin Mbogo told Reuters, referring to the deal organising the way Tullow can tap a body of water straddling two counties in northwestern Kenya.

“(It’s) one of those things we absolutely need before we can get to FID.”

Tullow estimates that Kenya’s onshore fields in Turkana province hold 560 million barrels of oil and expects them to produce up to 100,000 barrels per day from 2022.

Another milestone to pass is land acquisition for infrastructure around the oil fields and the 820 km pipeline to the Indian Ocean for which it plans to send out construction tenders within weeks.

The government recently gazetted land it wants to buy in order to lease it to the oil partners.

Having clarity on land acquisition and pipeline tariffs is crucial to reach a final investment decision on the $2.9 billion project which Tullow wants to make money at $50 a barrel.

“There is good but slower than expected progress on the land issue,” Mbogo said.

This week, the Kenyan government together with Tullow approached potential buyers of Kenya’s low-sulphur crude, including Asian refiners like India’s Reliance, independent oil groups and majors such as Royal Dutch Shell.

There will be further such meetings during International Petroleum week in London next week to see whether buyers are willing to pay a premium or discount to Brent crude for Kenyan oil.

The government has an option to buy up to 20 percent in both the fields and the pipeline, which Tullow expects it to exercise at least in part before the final investment decision.

Also Read: Vitol expects oil to rally as OPEC and Venezuela cause shortage

Kenya has mooted floating its national oil company as holder of such a stake on the Nairobi and London bourses. The oil ministry was not immediately available for comment on this.