We never had chance to pay for ALSCON – BFI Group 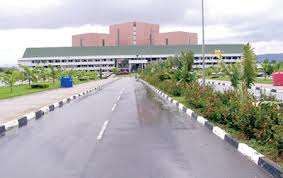 13 April 2014, Abuja – Chairman, BFI Group, Dr. Reuben Jaja, has refuted claims by the Bureau of Public Enterprises (BPE) that it failed to pay the bid price for the Aluminium Smelter Company of Nigeria (ALSCON) when it was offered the opportunity to acquire the plant.

Director General of BPE, Mr. Benjamin Dikki, had recently told THISDAY in an exclusive chat that BFIG which had emerged the preferred bidder of the aluminum company had not been able to assume ownership of the plant as ordered by the Supreme Court because it failed to make payment for the asset when the opportunity was given to it.

He said as a result, the federal government had resolved to re-negotiate with Rusal, the current management of the plant, in order to re-confirm the Share Purchase Agreement (SPA) that was initiated by the court.

However, reacting in a chat, the BFIG Chairman accused the BPE of misrepresenting facts and misleading the National Council on Privatisation as well as the general public on the development.

He said: “The impression that the DG gave was false. We were not given a chance to pay nor were we given the share purchase agreement the court mandated: we didn’t even get to the point of payment because how do you pay for property under privatisation? It is only when the SPA is acceptable to both parties which was what the court described as a mutually agreed SPA is executed.”

Continuing, he said:”And BPE continues to damage our reputation by insisting all the time that we couldn’t pay and fail to let the public know that they didn’t give us the SPA that the Supreme Court ordered to be given to us.”

In December 2006, UC Rusal, a Russian aluminum firm acquired 77.5 per cent of the Federal Government’s shares in ALSCON for $205 million and was later to acquire another 7.5 per cent of the company from MAN Ferrostaal AG, the German firm that built ALSCON.

However, Rusal’s acquisition of ALSCON was mired in controversy, as the Russian firm did not win the bid during financial bid opening process held by the BPE.

Rather, the BFI Group, which was the preferred bidder, was side-tracked by former President Olusegun Obasanjo at the time, and Rusal was selected to acquire ALSCON.
Displeased by the Federal Government’s decision, BFI went to court to challenge the process and got a Supreme Court ruling in its favour.

The Supreme Court, had on July 8, 2012 ordered the BPE to execute a mutually agreed share purchase agreement with BFI Group to enable the company pay for the plant.

THISDAY gathered that in line with the apex court’s order, BPE had on October 8, 2012 transmitted via email a 58-page SPA which had a $250 million price tag to BFIG. It also provided additional information on the request on the preferred bidder.

Consequently, after studying the terms and conditions of the document, BFIG accepted the said SPA, signed and delivered it back to BPE on October 23.
BPE acknowledged receipt of the agreement, according to documents obtained by THISDAY but refused to execute the SPA.

Rather in a twist, as the BFIG awaited details of bank account to pay the initial 10 per cent bid price as stipulated in the agreement, BPE transmitted a different 14-page SPA with a purchase price of $410 million ( the initial bid price before Rusal took over, leading to issues around asset stripping and depreciation).

BFIG insisted it would not honour the new SPA but would rather stick to the initial offer which was mutually agreed to by the parties according to the court ruling.

Continuing, he argued: “Why did they give us $250 million? Because in 2004, the price was $410 million; in 2006, they recognised depreciation of the assets and sold it to Rusal in 2006 at that depreciated value. And when they sent the SPA to us, they also recognised the depreciation and gave it to us- and the court said they should give us something that was mutually agreed- we accepted that price, signed it and delivered it to them.

“So where is the DG coming up with the idea of we couldn’t pay when they’ve not signed the agreement yet? Rather, they gave us another 14- page agreement, unilaterally done by them with a $410 million price.”

Amid the controversy, the NCP in March last year, approved the termination of BFI Group’s offer to purchase 77.5 per cent of Aluminum Smelter Company of Nigeria (ALSCON) “following their inability to pay the agreed 10 per cent of the offer price within 15 working days of the execution of the Share Sale/Purchase Agreement (SPA) as directed by the Supreme Court of Nigeria.”