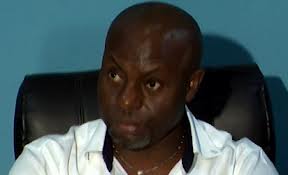 As workers struggled to get to their offices, even the effect of the power outage was made worse by the non-availability of Premium Motor Spirit, PMS, known as petrol, to power generating sets.

The development came at the instance of NUPENG which accused Federal Government of failure to honour agreement it had earlier entered with it.

These, according to the union, were: payment of 2012 petroleum subsidy arrears, non-payment of salaries and threat to job loss; state of the nation’s refineries and roads, labour issues in Shell Petroleum Development Company, SPDC, and Chevron as well as restructuring of loans of depot owners and oil marketers.

But, unlike its previous strikes which people were aware of, NUPENG did not prepare the minds of residents of the city by publicly announcing its intended action.

Sweetcrude discovered that the leadership of the tanker drivers group mounted surveillance in major entry points of the federal capital last and ensured that no products was delivered into Abuja.

This, the drivers have vowed, was meant to have been replicated across the country last week had the crisis continued.
So it was a big relief to Abuja residents when they heard the action had been suspended temporarily.

Minister of Labour and Productivity, Emeka Wogu, who read the communiqué said: “In view of the above understanding, the ongoing strike by NUPENG is hereby called-off”.

“After extensively discussing the above points in dispute, it was resolved that Federal Government and the Unions should work together towards finding a lasting solution to all the issues in dispute”.

Other resolutions of the meeting, according to the communiqué, were that both the Federal Government and the Unions agreed that all those accused in the fuel subsidy scam should endeavor to submit to the ongoing verification exercise, the confirmation that the Federal Government has been paying all verified claims, setting up of two subcommittees to respectively look into issues concerning unfair labour practices in SPDC and of Penalty Clauses in the PPPRA Rules.

The meeting also agreed that government and unions provide a platform for a meeting between all stakeholders – government, labour and all critical stakeholders – to meet and discuss efforts being made in the provision of infrastructures and rehabilitation of the refineries with view to finding a way forward.

There was also agreement that depot owners and oil marketers should keep their facilities open and pay the salaries of their workers as well as agreement to meet in two weeks to review the status of implementation of all issues in disputes.

This development did not only bring temporary relief to the residents of Abuja but those in government, especially Chief Anyim who stood in for the Federal Government.

Those who saw him that Thursday night after the eight-hour meeting with the leadership of Nigeria Labour Congress, NLC, and the striking National Union of Petroleum and Natural Gas Workers, NUPENG, would not but agree that Pius Anyim’s countenance was more of a man who had conquered after intense battle at the war front. This was contrary to his looks the previous day which had pictured him as someone who was so restless over the development in the country.

When he returned to take his position after newsmen had been ushered into the SGF Conference Hall to be briefed on the outcome of the meeting, Anyim did not hesitate to show through his body language that all the issues that led to the industrial action had been laid to rest.

The President of the NUPENG, Mr. Igwe Achese, who spoke with newsmen after Chief Wogu read the communiqué, expressed satisfaction with the resolutions reached even as he threatened that his union would not hesitate to start another strike if at the end of the two weeks agreed upon, government reneges on the terms reached.

Chief Benneth Korie, National Chairman of the Oil and Gas branch of NUPENG, also told newsmen that he was satisfied with the resolution reached. He expressed hope that government would keep to its promise of honouring the agreements.

The main reason for the union’s action, according to him, was due to their employers (Jetties and Petroleum Tank Farm Owners of Nigeria’s) issuing of notices of intention to sack workers due to alleged inability to keep afloat.

He said “when we received the notice, we went on air to plead with government to intervene and government called for a meeting. We went for the meeting at the Ministry of Labour where we met with Minister of State for Finance, Minister of Labour, the PPPRA Executive Secretary, GMD of NNPC, and other stakeholders.

“A communiqué was read by the NUPENG President where we agreed to suspend our planned strike. In that meeting, we agreed that, within two weeks, they will pay the subsidy money to JEFPTON members and, at the same time, restructure the loan and fix the roads, particularly the road to the Port Harcourt refinery where the Minister of Works promised that by next Monday they would commence repairs.

“Till now, no action has been taken concerning the issues we raised but with this development, we hope all these issues will be quickly addressed especially as we agreed to meet here in two weeks time to review the situation.

“But, for a government that is very adept at reaching agreements and breaking them with impunity, two weeks are not too long”.
The new role of PPPRA

The Executive secretary of PPPRA, Reginald Stanley, who took over late November, 2011, has been demonstrating that the noose can be tightened.

The angst in the land over the subsidy saga was caused by the fact that whereas N240 billion was appropriated for fuel subsidy in 2011, over N1.7 trillion was spent.

By the time he took over about 128 firms had been licensed to import petroleum products. Things are different now. It has been reduced to 42.

This figure has been pruned down to 39 for the third quarter, 2012 importation. That the PPPRA’s measures are achieving results would be garnered from the progressive manner that the volume of import has been declining since the beginning of the year.

For the third quarter, the Agency has slashed fuel import by 450,000 metric tones, approving for importation by 39 marketers, 3.125 million metric tones of fuel, an equivalent of 4.20 billion litres as against the 4.794 litres imported in quarter Two.

This regulation is targeted at confirming product and quantity supplied by traders under prescribed guidelines of the PSF scheme and check abuses/sharp practices by marketers.

While the fury of January was spreading, the new leadership at PPPRA was at work, drawing up strategies on how to proceed with the reforms. This month it came up with another policy initiative that shocked many fuel importers.

Henceforth submission and verification of vessel import financing documents is prelude to approval to discharge imported PMS. The dual purpose of this are to monitor the ETB of vessels for planning and import; and to confirm funding and forex provision for each import transaction.

The measure has since been helping the Agency in planning for seamless products supply across the country; in verifying other documents (like PFI, Letter of Credit and Form M) as a prerequisite for vessel inspection and also ensure that discharges are done within approved Laycans and not in 3rd party facilities.

In this battle to bring total sanity into the fuel import trade, the current leadership at the Agency appears to be leaving no stone unturned. Last month, it stepped forward by another regulation when it demanded of fuel importers the submission of contractual agreement documents between the marketers/importers and their traders/suppliers.

This measure will enable PPPRA to confirm such transaction between the two parties. The two objectives here are to ensure transparency in the importation process and to confirm the contractual agreement between marketers and their suppliers with a view to authenticating such supplies.

Also in May, in order to monitor product volume and to check abuse associated with the products discharge process, the Agency introduced restrictions on third party discharges. The regulation will ensure even and fair distribution of products across the country and will also ensure that products are effectively monitored and sharp practices associated with discharges are curbed.

A major one from PPPRA in the month of May, according to industry watchers, was the introduction of the Submission of DPR calibration certificates and charts of all nominated shore tanks for products receipts. These documents will enable the Agency to ascertain the current status of reception tanks nationwide and check abuses with products measurement. With this additional criterion, the Agency will be able to determine storage tank capabilities and to check abuses associated with products volume measurement.

Given the reform initiatives thus far, PPPRA may have succeeded in debunking the generally held notion that public Agencies never deliver. What the nation is witnessing today at PPPRA is an agency’s resolve to turn around an otherwise corrupt-ridden, all –comers, and anything-goes downstream sector into a sane, transparent, result driven one. Six months down the line, it is fast becoming obvious that a most profound solution to the problem of fuel importation and subsidy issue is very imminent.