on: December 20, 2020In: Community Development, featured 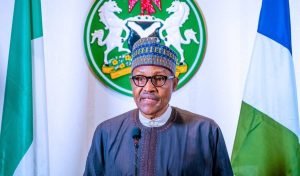 Port Harcourt — President Muhammadu Buhari has said that the Federal Government is repositioning the Niger Delta Development Commission, NDDC, and the Presidential Amnesty Programme to ensure that they deliver on their mandates to the people of the region.

President Buhari disclosed this while declaring open the fourth meeting of the National Council on Niger Delta at the Hotel Presidential, Port Harcourt.

The President, represented by the Minister of Niger Delta Affairs, Sen. Godswill Akpabio, regretted that the Niger Delta region had suffered so much deprivation and thus, needed a new deal.

“We are committed to changing the fortunes of the region to give the people a new lease of life. The government is addressing the challenges of under-development and insecurity in the region.”

President Buhari said that the on-going forensic audit of the NDDC was expected to reposition the Commission and galvanize it towards optimal development and provide the needed infrastructure for socio-economic development that the region so much requires.

On the East-West Road, the President said the completion of the road was a priority to his government, hence has been handed over to the Ministry of Niger Delta Affairs, assuring that and that it will be delivered by the end of 2021 or the early part of 2022.

How 13% fund, NDDC benefits are hijacked from oil communities

Senator Akpabio harped on the need for harmony between NDDC and the state governments in the region for the benefit of the people, regretting that disharmony between these critical stakeholders was caused by political differences.

Earlier, Rivers State Governor, Nyesom Wike, lamented that although the Niger Delta region was blessed with mineral resources, its people were living in poverty and underdevelopment.