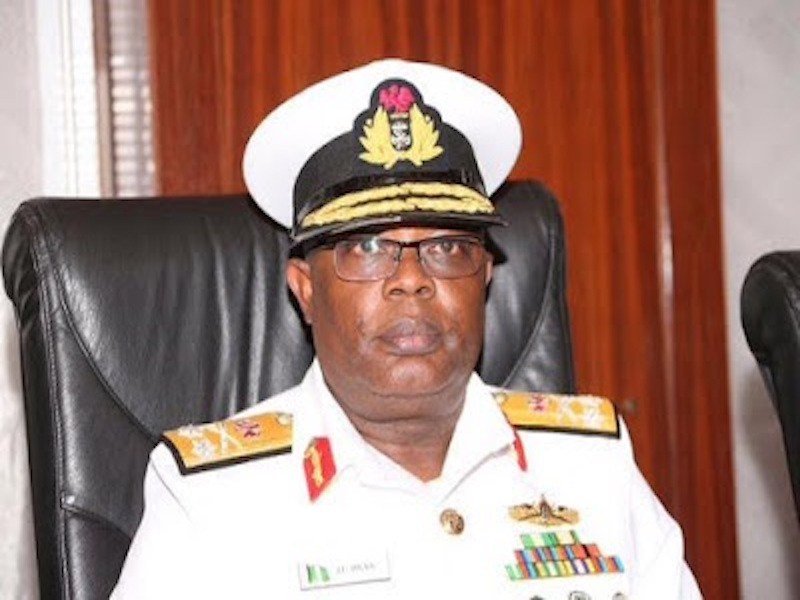 23 March 2018, Sweetcrude, Port Harcourt — The Chief of Naval Staff, Vice Admiral Ibok-Ete Ibas, on Thursday, announced that maritime crimes on the nation’s territorial water were on a decline.

The Naval boss who disclosed this while flagging off the 2018 international maritime sea exercise, Obangame Express, in Onne, Rivers State, admitted that although maritime crimes have not been eradicated completely, the Nigerian Navy has succeeded in making the waterways difficult for criminals to operate.

He explained that the Nigerian Navy got involved with Obangame Express since 2010, adding that the 2018 edition was having 26 participating Navies from 26 countries including Togo and Belgium, as well as three international organizations, including the Economic Community of Central African States.

According to him, “Yes of course, you may not be able to totally eradicate some of these incidents but to a large extent, statistics tell us that maritime crime is on a decline on a yearly basis, and what is important is that we are upping the game and making it more difficult for the criminals to operate.

“In the course of this exercise, we are going to see the backwaters (eastern and central waters) and see how we can improve on the things we are already doing to curb crude oil theft, issues of illegal refineries, and other criminalities on our backwaters.

“The international maritime sea exercise is to bring the countries in the Gulf of Guinea together so that they can build capacity and come together to fight against the maritime challenges faced in the region. Because we find out that some of these crimes cut across the entire central and west African waterways.

Ibas who was represented by the Chief of Naval Transportation, Rear Admiral Begroy Ibe-Enwo, also disclosed that the Obangame exercise has helped the Navy on its maritime domain awareness capability, which according to him, has made it possible to know what is happening in the sea from ashore.

“Obangame Express has really improved our processes, apart from that, the issue of trust amongst the participating Navies is also at the fore, interoperability the exercise has really helped us to improved and in the process, shown us challenges which we are developing a capacity to respond adequately.

“We have four Navy warships participating this year, namely NNS Unity, NNS Okpabana, NNS Karaduwa and NNS Sagbama as well as two naval helicopters will be participating too,” he said.