‘Why we invested $3.6M in Rivers cassava factory’ – Shell 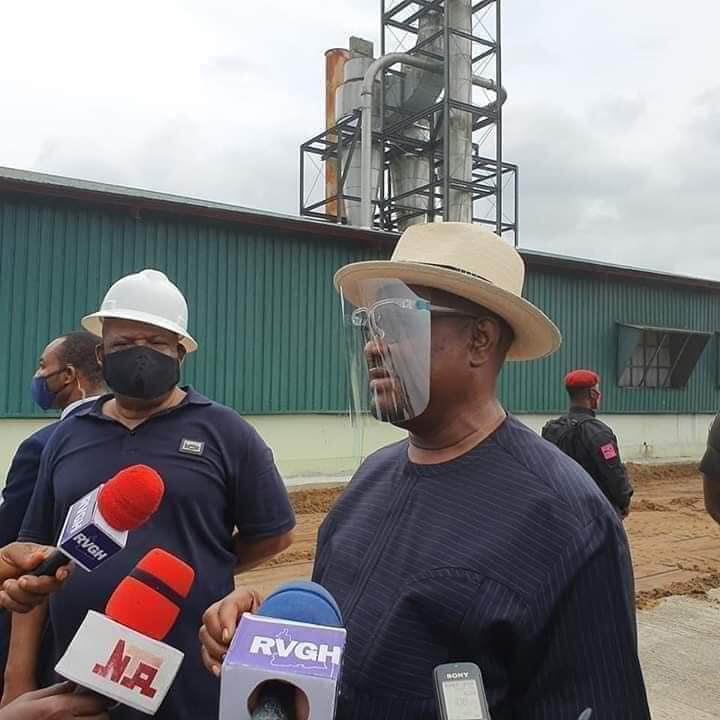 Port Harcourt — The Shell Petroleum Development Company, says it invested the sum of $3.6million in the Rivers State Cassava Processing factory, as one of its social investment programmes to create employment and curb poverty in the Niger Delta region.

Managing Director of SPDC and Country Chair of SCiN, Mr. Osagie Okunbor, disclosed this on Thursday at the commissioning of the 45,000metric tonnes State owned cassava processing factory in Oyigbo, Rivers State.

Shell built the multi-billion-naira Rivers Cassava Processing Company in partnership with the Rivers State Government, Vieux Manioc BV of the Netherlands, and The Netherlands Embassy.

Speaking, Okunbor announced that Shell Companies in Nigeria supported an estimated $6 billion gross value-added contribution to Nigeria’s Gross Domestic Product in 2019, which was equivalent to 1.5percent of the country’s 2019 GDP.

He said Rivers State being the host to its headquarters, Shell remains committed to supporting the state government’s efforts at improving the lives of the people and communities of Rivers State, as clearly represented in several of the companys social investment programmes.

“Cassava is not, nor is agriculture, Shell’s core business. Indeed, we run a globally recognised and successful business that explores for and produces energy resources, which earn very valuable revenue for Nigeria and Rivers State.

“We are all familiar with the various forms that have made cassava a valued crop in the Niger Delta, and in other parts of Nigeria. Indeed, cassava is one of the defining ingredients of our family lives in this region.

“Data shows that Nigeria is the largest cassava producer globally, accounting for about one-fifth (20%) of total production worldwide. However, though domestic economy’s demand for cassava and its constituents is high, the supply has shown a gap, unable to meet the huge demand.

“Experts have said that the local value-addition to cassava via local manufacturing and processing could potentially unlock about $16m in taxes to the government.”

Okunbor represented by SPDC General Manager, External Relations, Igo Weli, said it was in recognition of these data points and the far-reaching impacts for thepeople of Rivers State that Shell decided to make the social investment by establishing factory, in partnership with the other stakeholders.

“With the Rivers Cassava Processing Company Limited, Shell hopes to support the Rivers people to earn much more revenue from the cassava value chain as the company utilises leading technology to process and create more added value from this crop.

“Today, we have the Rivers Cassava Processing Company Limited that will process cassava into High Quality Cassava Flour via a unique split processing technology based on the operating principle of taking the factory to the farm gates rather than having the farmer bring the cassava tubers to the factory gate.

“The initiative aims at providing the agricultural sector of Rivers State and the wider Niger Delta with a sustainable institutionalized off-take mechanism for regional cassava production.

“It is our hope that a steady source of supply will promote more production by farmers with the accompanying increase in household incomes and livelihoods ultimately unlocking revenue to government.”

Governor Wike said his administration decided to invest in agriculture as a way of curbing thee state’s over dependence on oil. He added that the state will only owned 10percent stakes in the company, in order to enable it operate optimally, as any business run by government is hardly sustainable.