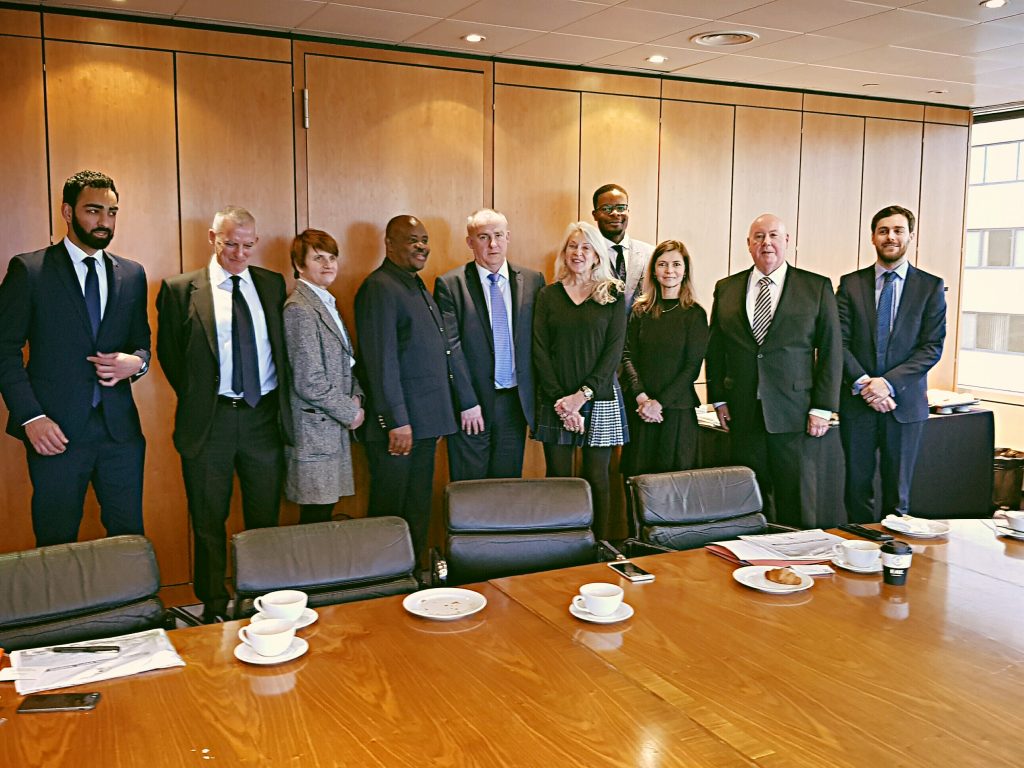 21 March 2018, Sweetcrude, Port Harcourt — The Rivers State Governor, Chief Nyesom Wike, has assured investors that his administration has lined out incentives and also implemented sound economic policies that have made the state not just investor-friendly but the investment hub of Nigeria.

To this end, the Governor is calling for more foreign direct investment in the state, especially in the area of agriculture, hospitality, and tourism, manufacturing, information and communication technology, as well as oil and gas and it’s value chain, amongst others.

A statement issued by the Special Assistant to the Governor on Media, Mr. Simeon Nwakaudu, said Wike spoke in London, during a special investment programme organised for the state by Financial Times, tagged: “Invest in Rivers State,” announcing that return on investment in the state, was the highest in Nigeria.

Wike said the Rivers State Government under his leadership has provided visibility gap funding, minimum revenue guarantee, provision of land for development, provision of subsidies and exemption from payment of taxes and levies.

“The Government of Rivers State has created the most business friendly environment for Rivers State with unprecedented investments in infrastructure, tax reforms and related economic incentives to reduce cost of doing business.

“We have given unprecedented attention to security of lives and property, Rivers State is now safe and secure for businesses and investors.”

Governor Wike said that intending investors in oil and gas would benefit from the presence of the Oil and Gas Free Zone in the state, noting that the facility provides opportunities for the establishment of businesses across the oil and gas value chain.

On why European investors should invest in Rivers State, the governor explained that his administration has eliminated double taxation, instituted expeditious processing and grant of land documents, facilitation of investment processes and regulatory approvals, to protect investments in the state.

He said as a gateway into the South-South and South-East zones, with availability of vast arable land and water, Rivers State boasts of immense investment opportunities in agriculture and agro processing as well as information and communication technology.

The governor added that there were remarkable investment opportunities in the areas of tourism and hospitality, pointing out that as the destination of choice for organisers of events, conferences and sporting events, Rivers State investment climate will reward any foreign investor.

He also stated that there are investment opportunities in the area of manufacturing where investors can take advantage of the Trans-Amadi Industrial Estate, adding that Public Housing and property development remain another profitable outlet because of the population of the state.

“The state’s population, including the middle class is increasing in geo-metric proportions. Besides, the availability of a young educated, skilled and semi skilled population eager for employment offers abundant workforce and large emerging and relatively untapped market for consumer products and services,” the statement quoted Wike.

In his remarks, the Commercial Director of Financial Times in charge of Africa and Middle East, Mr. Mark Cowardine, according to the statement, assured the Governor that the message of the investment potentials of Rivers State will promote economic growth in the state.