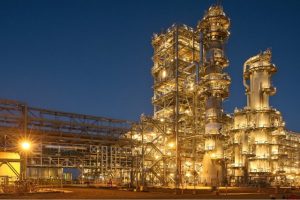 Woodside added in its brief statement through its social media channels the 5 mtpa facility keeps producing at record production rates.

During the first quarter of the year, Pluto LNG plant shipped a total of 18 cargoes.

The Australian company, in its recent quarterly report, noted the facility is set for expansion following its completion of the ExxonMobil’s stake acquisition in the Scarborough gas field, making it the operator and the majority interest holder.

“We now operate both the Scarborough offshore gas resource and Pluto LNG onshore processing facility. It is our plan to accelerate the development of Scarborough through an expansion of Pluto LNG. Concept selections for both the offshore and onshore components of the project are targeted by the end of this year,” Woodside CEO Peter Coleman said in the report.

The company has recently started the construction of a truck loading facility at the Pluto LNG plant and is eyeing development of LNG bunkering infrastructure for ocean-going vessels.