Washington — The World Bank on Wednesday said it expects energy prices to decline by 11% in 2023 after this year’s 60% surge following Russia’s invasion of Ukraine, although slower global growth and COVID restrictions in China could lead to a deeper fall. 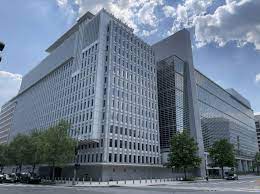 The bank in its latest Commodity Markets Outlook projected a Brent crude average price of $92 a barrel in 2023, easing to $80 in 2024 but well above the five-year average of $60.

It said Russia’s oil exports could drop by as much as 2 million barrels per day due to a European Union embargo on Russian oil and gas products, coupled with restrictions on insurance and shipping, that are take effect on Dec. 5.

A proposed Group of Seven oil price cap could also affect the flow of oil from Russia but needed the participation of large emerging markets and developing countries to be effective, it said, calling the mechanism “untested.”

The World Bank said the stronger dollar – and the shrinking value of the currencies of most developing economies – had driven up food and fuel prices that could aggravate the food insecurity already affecting 200 million people worldwide.

“The combination of elevated commodity prices and persistent currency depreciations translates into higher inflation in many countries,” said Ayhan Kose, who heads the World Bank group that produces the report.

He said emerging market and developing economies should brace for “a period of even higher volatility in global financial and commodity markets.”

Currency depreciation meant that almost 60% of oil-importing emerging markets and developing economies saw an increase in domestic currency oil prices from Russia’s invasion of Ukraine, which began on Feb. 24, the report found.

Nearly 90% of these economies also saw a larger increase in wheat prices in local currency terns, it said.

Food price inflation averaged more than 20% in South Asia in the first three quarters of 2022, while other regions, including Latin America and the Caribbean, the Middle East and North Africa, SubSaharan Africa, and Eastern Europe and Central Asia, averaged food price inflation of between 12% and 15%.

While energy prices were easing, they would still be 75% above their average over the past five years, the bank said.

Both natural gas and coal prices are projected to decline in 2023 from record highs in 2022, but Australian coal and U.S. natural-gas prices are still expected to be double their average over the last five years by 2024. European natural gas prices could be nearly four times higher, it said.