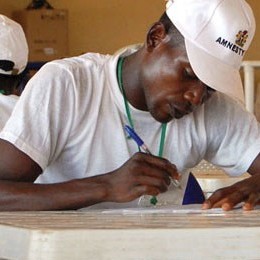 This is contained in a statement signed by Mr Daniel Alabrah, Head of Media and Communications of the office.

It stated that Proclad Group of Companies in Dubai, United Arab Emirates, UAE, offered employment to 30 of the 150 ex-militants, who were trained by the Proclad Academy because of their exceptional conduct and performance.

“The office, in collaboration with the International Centre for Non-violence and Peace Development (ICNPD) secured the employment through a partnership with Proclad Academy.

“Mr Kingley Kuku, who is the Special Adviser to the President on Niger Delta Affairs and the Chairman of PAO, also facilitated the immediate employment of 40 maritime trainees by the Century Energy Group in Nigeria,’’ the statement said.

“Four welding and fabrication trainees have been employed in Nigeria by Plants and Processing Service Company, while five were offered jobs in South Africa by Ashland Investment Services.

“Ten were offered employment by Learning Resources in Ghana,’’ the statement said.

It added that the office was working with relevant partners and stakeholders in the Niger Delta and abroad to employ some of the ex-militants who had successfully completed their training.

The statement said the responsibility of the office “is to disarm, rehabilitate and reintegrate the former agitators who accepted the amnesty offer’’.

The office urged companies in the Niger Delta to comply with the Local Content Law by employing graduating students under the programme to enable them contribute their quota to the development of the country.

It will be recalled that recently, Alabrah, told newsmen in Port Harcourt that out of the 26,358 former militants that had been documented, 12,000 had been trained successfully.